HEALTHY UP YOUR HOLIDAY FOOD:

I decided to healthy up Rosh Hashanah dinner yesterday. Rosh Hashanah is the Jewish New Year and if you know anything about Jewish in general, every holiday is about food.  Food, food and more food. Delicious, artery clogging, fattening, bloat inducing food. Oh, and guilt if you don't eat the food. 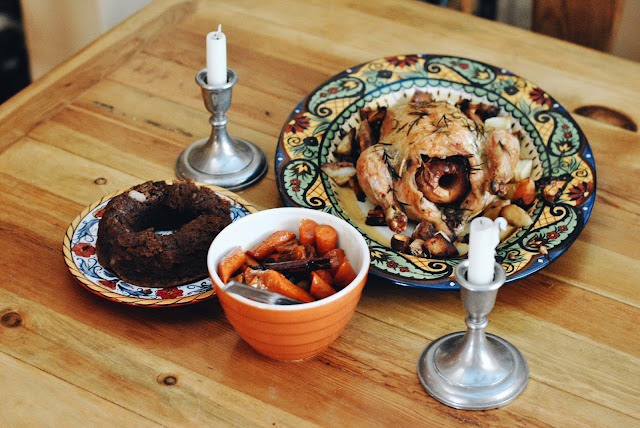 Traditionally on the new year you are supposed to eat sweet things, so you'll have a sweet year. Makes sense, very practical. Unless like me, sugar is your nemesis. I love it, it hates me. Once the holiday season starts to roll around it's a real challenge to stay away from the white poison, as I call it. Even at Thanksgiving my husbands amazing, (made from scratch), creamed corn has a secret crunchy topping on it that everyone loves. Here's the secret, (sorry handsome), it's ground up Captain Crunch cereal. Captain Crunch!!!! We can't blame him, he's from the Midwest.

My memories of Jewish Holidays often revolve around some of my favorites, Matzo Ball soup, Matzo Bri, Matzo Pudding and Matzo Kugel. You get the picture. Matzo is made out of flour and water. That's it. Kind of like paste running through your veins. Matzo, I love it, it hates me. Also, the famous meat of all Jewish Holidays ~ the Brisket. A big slab of meat smothered with sweet gravy.

Since I no longer eat red meat, and being the rebel that I am, I decided to make a turkey. I went to three markets and no one had any turkeys. The first meat dept. manager looked at me like I was crazy and felt the need to tell me that Thanksgiving is in November.  The second offered me a pre-cooked pre-wrapped turkey breast that looked like a big bald bunch of jellied meat substitute and the third meat dept. manager showed me to the packages of turkey legs and wings and said that's all they had. I asked him what they did with the rest of the turkey???

So I bought a chicken. Since we have chicken a lot I took to my trusty Pinterest food board to try and find a fabulous recipe for a chicken. And I did. Chicken rosemary (from our garden) stuffed with apple with new potatoes, sweet potatoes and garlic cloves that caramelized just thrown in the pan and were so delicious. The apple was the sweet part, for the new year. I used a little chicken broth in the pan instead of the wine it called for. The house smelled heavenly, and the chicken was amazing. Find the recipe here. 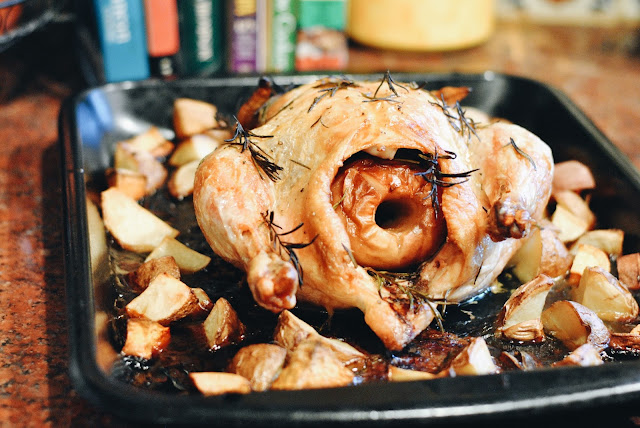 As a side dish I made Tzimmes. I had never made this traditional Jewish dish before. It called for brown sugar, that's a no, so I used honey. I couldn't really find one good recipe I liked so I read a few and then made up my own. I do that. I cut up carrots and dried fruit, cranberries, apricots, even a prune, and used the juice on an orange that mixed with the honey to form a glaze that was really delicious. And I put in a cinnamon stick too. Dried fruit naturally has a lot of sugar so I did not add any other except the honey. 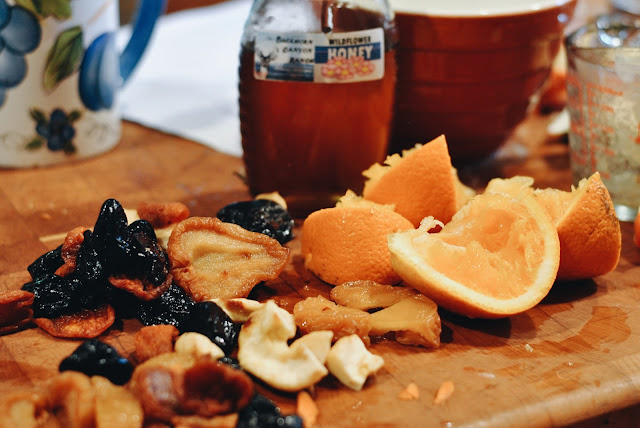 The Moist Apple Cake was a random recipe I saw on line from Egglands Best, I couldn't pin it so here it is, very easy. 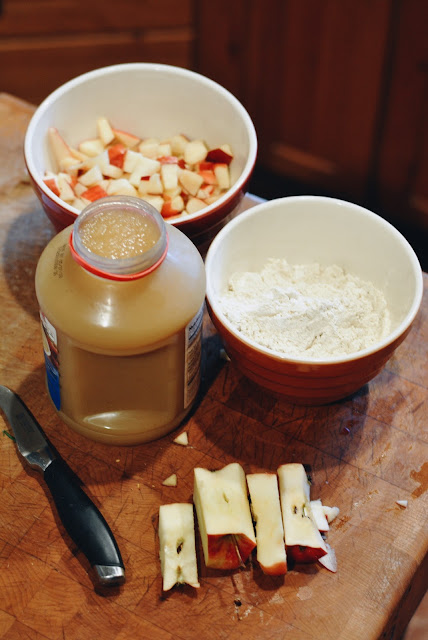 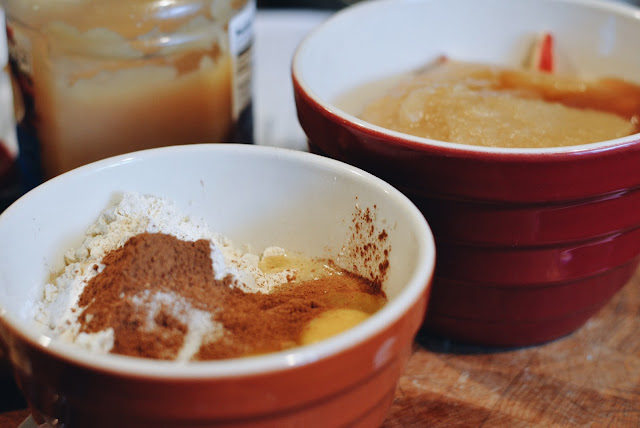 Preheat oven to 350 degrees. In a large bowl combine eggs, sweetener, applesauce and diced apples. Mix in egg and nuts. In another bowl sift flour, baking soda, salt cinnamon and nutmeg (I must confess I never sift). Add to apple/egg mixture and stir until mixed well. Pour into a greased 13 x 9 inch baking dish. I used two small bunt pans instead. Bake for 1 hour. 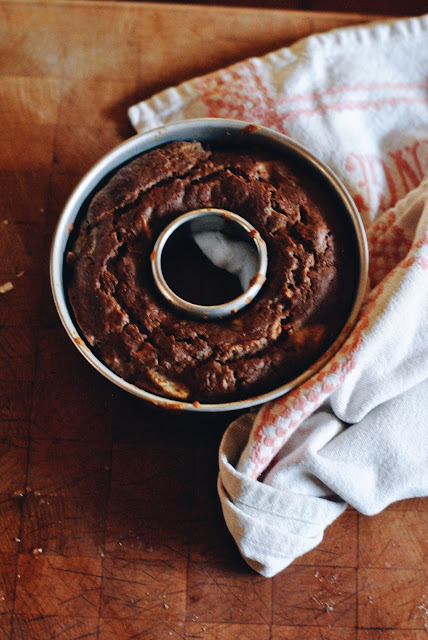 Whatever your traditional foods are, remember there is always a way to make them healthier. You can still have your cake and eat it too :)

Here are some common and healthy ingredient swaps;