I'm finally able to write about the passing of our sweet 11 year old white Boxer Daisy.  I'll still cry all over the key board by the time I'm done, but I'm ready to share.  For those of you that follow me on Instagram and/or Face Book, you may have seen this collage I posted with this caption, which pretty much sums it up ~ The one bad thing about dogs is that they don't live as long as we do.  But I would not trade one second of the 11 years of unconditional love we had from this precious angel for my broken heart. R.I.P DAISY 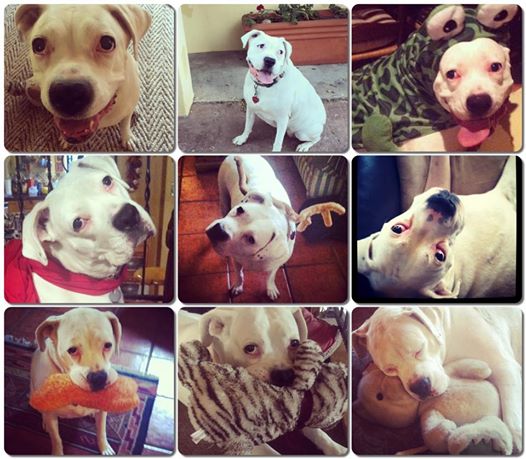 It's only been a few weeks and I'm still prone to random outbursts of crying, usually in the morning when she's not there leaning against me on my yoga mat, at night before I go to sleep and she's not there beside the bed and at least once during the day completely at random and usually at a very inopportune moment.

I know people that have waited two years to get a new pet and I know people that waited two days. There is no right or wrong and there's no explanation for how we grieve. Grief is extraordinarily personal. I had guilt at the idea of getting a new dog, would it be a betrayal of my love for Daisy? Would her memory slowly die from my mind? Am I a horrible dog mom for even thinking about this so soon!?! Plus, I'm one of those people that would like to rescue every dog at the shelter so going to the shelter in the first place poses its own set of problems.

So I glanced, I browsed, OK I stalked the pictures of the dogs at the Boxer rescues and the Boxer mixes at the shelters. And then I saw one, her name was Alison, a year old Boxer/American Bull dog mix. Her face was two different colors and she was so cute. I had to meet her. I raced to the pound, hoping that she'd look at me with those big sad eyes that said Momma rescue me!  But she didn't, she was of course more interested in the smells of the park area in which we met. Taking this into consideration, I put a hold on her anyway so I could return with my family the next day and most importantly my grandogter Penelope who spends a lot of time on my couch and in my lap and was best buddies with Daisy. We laid the blankets in the car, brought a new toy, set up the bed at home and took Penelope to The Humane Society of Pasadena, which by the way is the Taj Mahal of Animal Shelters. They set us up with a behavioral specialist and a handler in a big grassy area for the dogs to meet.  They knew Alison liked big dogs but Penelope being a Maltese Terrier Mix is little. She's supposed to weigh only 12 lbs, but weighs 20 and is on a diet, I've been blamed, I'm a Jewish grandma to her, we feed! Anyway, the visit was a disaster, Penelope almost got eaten and I almost had a heart attack. I cried all the way home.

At home I put the bed away and I swore off getting another dog for a while, it wasn't meant to be, I would give into my grief and spoil Penelope. Not enough time had passed, what was I thinking!?! And then, me being me, by the next day I was stalking the Internet again. But this time we decided that to protect Penelope, we would have to get a puppy. Great, how in the world would I find a Boxer puppy to rescue, who would give up a puppy!

And then, just like that, a family that had a 13 week old Boxer was looking for a new home for her because their two year old son was to rough on her. We met him, he was. And I got the look I'd been hoping for. I was sitting on the floor when Stella (we changed her name) stopped in front of me and gave me those "please take me home" puppy eyes and so we did.

On Easter Sunday I went to Church with my husband. I'm Jewish and he's Lutheran and the truth is neither of us believes in organized religion, and he jokingly refers to himself as a the first Buddha Lutheran. But thirty plus years ago when he moved to CA from a small town in Minnesota he joined this church for community and in that tradition there are times when we go. I love it, I love the singing, the Easter balloon release and of course the chocolate fountain, (the real reason I go ;) and besides, every Church needs a token Jew.

At this point you're probably saying what the hell does this have to do with Love, Grief and Puppy Kisses, well, it just so happened that on this Easter Sunday the sermon was given by a very profound woman named Pastor Alexa. She started off talking about an accident she recently had in which she shattered her wrist. She was working very hard to regain her range of motion because she was told by the therapist's that there is only a small window and if you don't take care of it in time the scar tissue builds up and you can never have the same feelings again. And then she related that to grief. When you loose someone or something you love if you let the scar tissue build up then you will have scars around your heart. Wow, she was talking about me and Daisy! OK, so maybe she was talking about Jesus, I adapted.

Sometimes we can confuse grief with fear, and it's fear that prevents us from love and jumping in again and experiencing adventure and in the end life itself. What she said had a profound effect on me, AKA light bulb moment. I realized my jumping in gave me the capacity to love another dog, having nothing to do with the love for the one I lost who will always be in my heart.

So, the moral of the story is that love is stronger than grief. I jumped back in because I didn't want to wallow in my sadness and let the scar tissue build up around my heart. It doesn't mean I'm not still sad, it just means love is stronger than death and if you don't believe me, get yourself some puppy kisses. 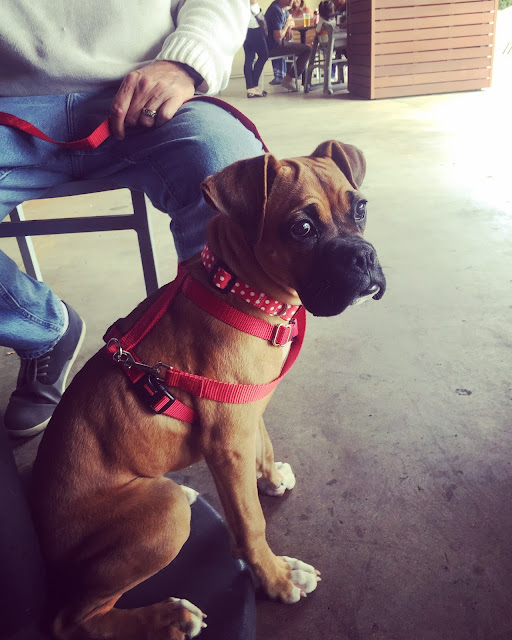 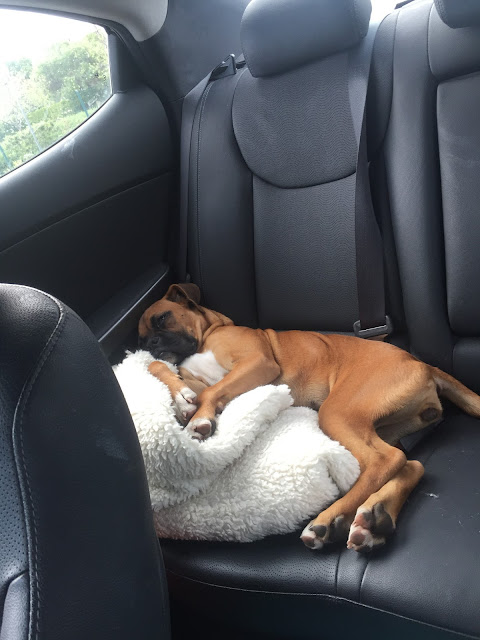