Helloooo ~ I have been excited about this and wanting to share it for a while now as I have been really into making it for weeks. And I finally took some pictures!  It's one of those 'trendy' things right now but it's actually been around for thousands of years. And it's called Bone Broth. AKA 'Liquid Gold' or the 'Magic Elixer' that saved Lakers star Kobe Bryant's career. Wow that's a lot of hype!

I first read about Bone Broth in an article about a European model who said that drinking a cup of bone broth a day was her entire beauty routine! And when I mentioned it to a nutritionist friend she got really excited and encouraged me to drink, drink, drink up!

Then I read this article about how basketball star Kobe Bryant's joints were saved when the team nutritionist Dr.Cate Shanahan began feeding the team bone broth.

And then I couldn't find bones and quickly learned that everyone in my neighborhood was apparently making bone broth and I was advised by the butcher at our Whole Foods to come on Wednesday mornings when they put the bones out because by Wednesday evening they're all sold out!

It's important that the bones are good quality and come from pasture raised and non gmo meat. The better the quality the more pricey. You can buy a package of bones at your local market for about $3.00 and a package from Whole Foods for $13.00 but you will see there is a huge difference in the amount of bone marrow you will be getting, and that's what you want, lots of marrow. It's totally worth it if you can afford good quality bones.  And it makes so much broth, from one package I usually can fill about 7-8 ounce mason jars.

Before I get to how easy this broth is to make, here are the basic reasons it's so amazing;


What you will need to make your bone broth;
See, so easy! You can use this broth as a base in any kind of soup or drink it plain, it's really good! I like to cook beef bones with an onion and some stalks of celery and a couple of carrots. When it's done, just strain the veggies out, it's delicious, like the best chicken soup you've ever had, (even though it's beef bones!) It needs salt though. You'll see hunks of marrow and gelatin which look like the 'fat' my mother used to skim off soup and throw away, who knew? You'll want to leave that in the broth. It freezes well and should look like gelatin. 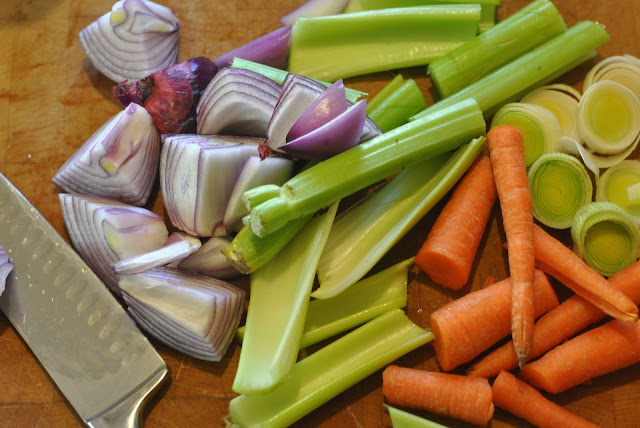 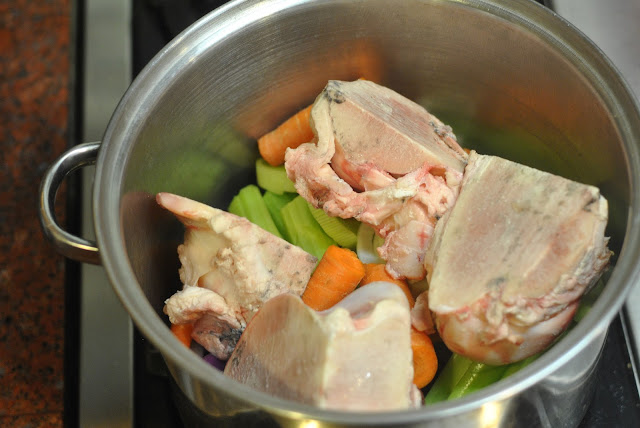 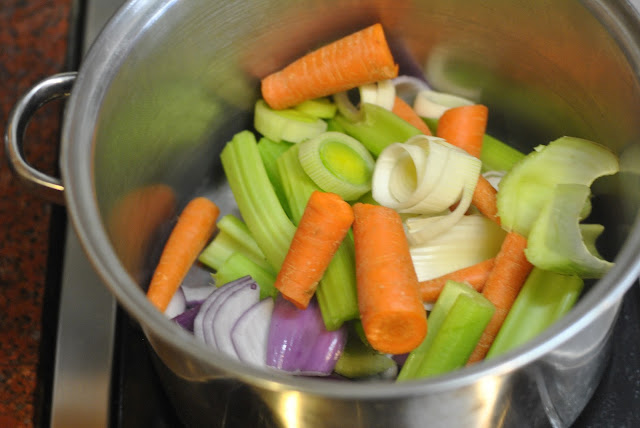 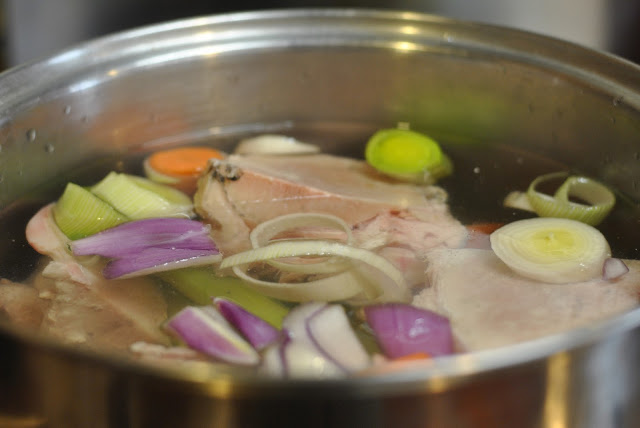 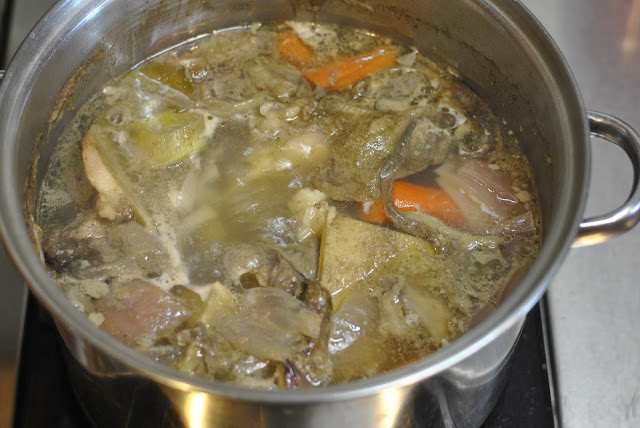 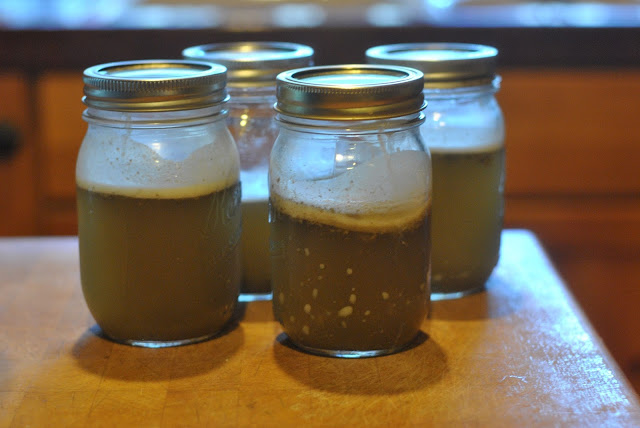