A Road Trip and a Cake ~ Once upon a time I had the brilliant idea that I could make a wedding cake. One of my friends was getting married in her backyard and everyone was pitching in with something. When I heard the wedding cake wasn't covered yet I volunteered to make it. Not because I had ever made one before, I hadn't. And not because I am anything resembling a baker, I'm not. In fact I leave those things to women that have talent in that area, like Betty Crocker. I have talent in volunteering for things before I think them through!

On the Thursday evening before the Saturday wedding I went to Micheal's craft store as I read they had the best selection of Fondant. Fondant is what separates a professional cake maker from the peasants.  It's the cakes you see that are smooth, smooth, smooth covered with that thick layer of white perfection.  Unlike a cake you'd make at home with knife marks from the can frosting (at least my cakes). So I asked a sales person what I would need to make this Fondant wedding cake and she said "a class in working with Fondant" (hmmm ain't nobody got time for that.) When I told her the wedding was in two days and that I had never worked with Fondant before she said she couldn't help me and walked away, really!?!  So I picked out 3 giant pans, some boxes of fondant (which felt like bricks by the way) cake mix and went home to get help! If you have ever worked with real clay you know how hard it is, well that's Fondant, it has to be rolled out until it's thin and on a flowered surface so it doesn't stick, I used my entire dinning room table and dusted it with flower as this cake was going to be 3 fat layers and feed 100 people.

Once rolled thin putting the Fondant on the cake layers is fun and not too hard and decorating was the same. The cake was a big hit. That was a few years ago. Since then I have made a few smaller Fondant birthday cakes and last month my husband and I decided to make another fairly big one for his Moms birthday.  And this one we would have to drive from CA to Arizona. Craziness!

I couldn't decide on a theme, every cake needs a theme, until I saw a lot of purple Fondant at the store and she's a Vikings fan so purple and white it was. Let the cake making begin! (FIY, staying up until 2 AM making a cake is not a good idea when you plan on hitting the road at 6 AM for a 9 hour drive, just saying.) 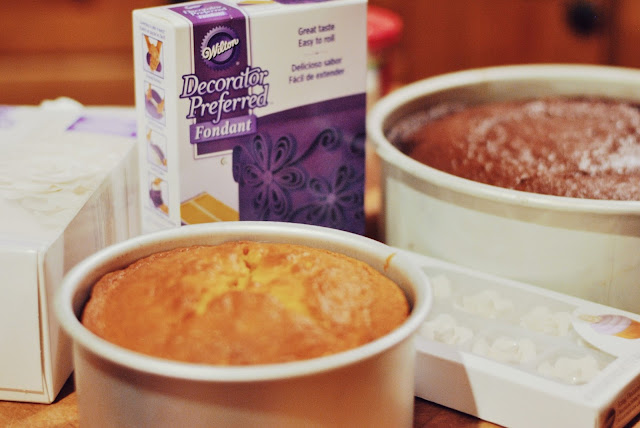 The pans are very tall so we used five cake mixes, three for the big bottom layer and two for the next.  This cake was going to feed about 25 people so we only made two layers, one chocolate, one vanilla. 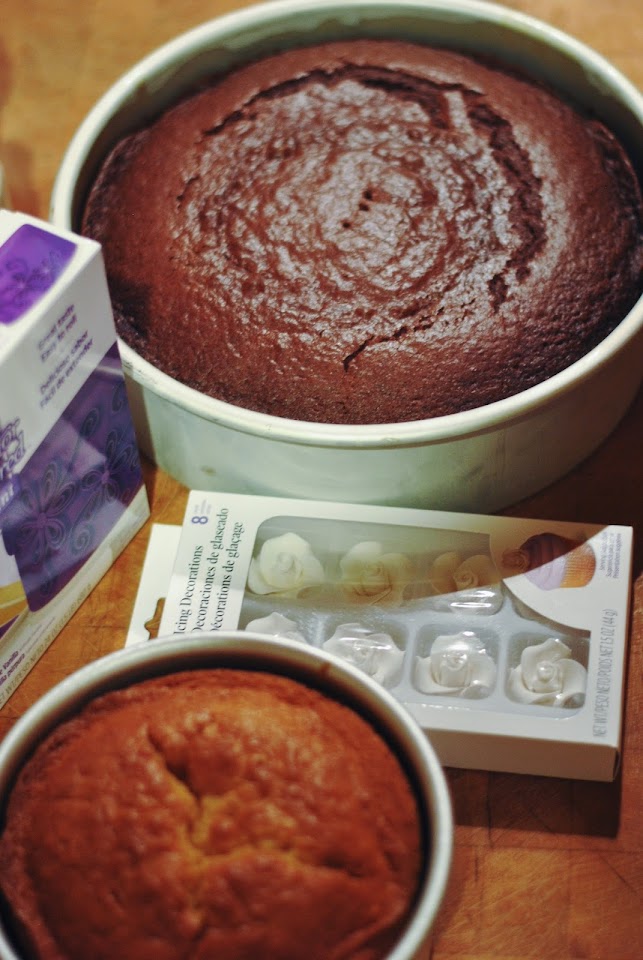 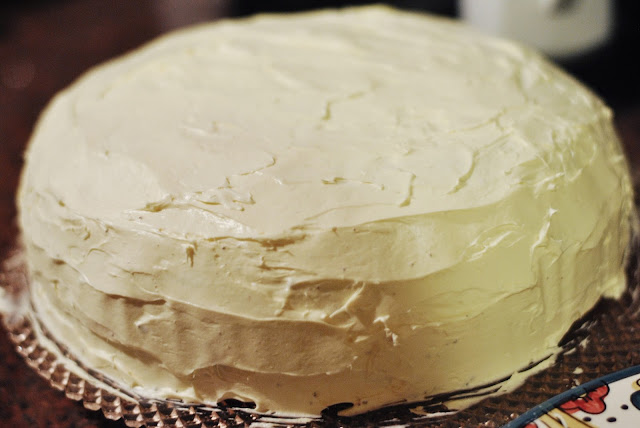 Once the cakes were cool and removed from the pans we frosted them with butter cream icing because as pretty as fondant looks it basically has no flavor. Remember what I said above? Throw some candles on this and it would be your basic cake. But noooooo.... 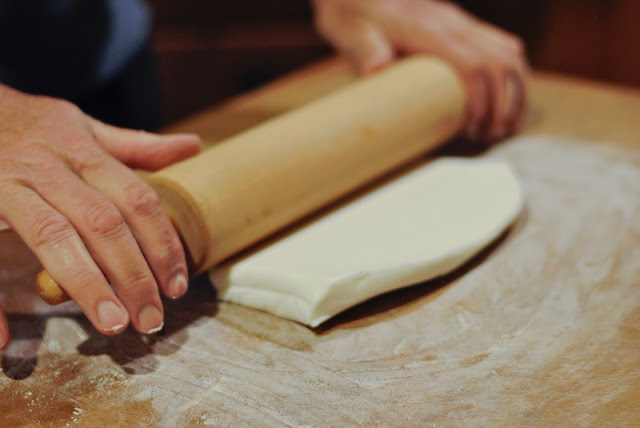 Now hijack some man hands to roll out your Fondant nice and thin. 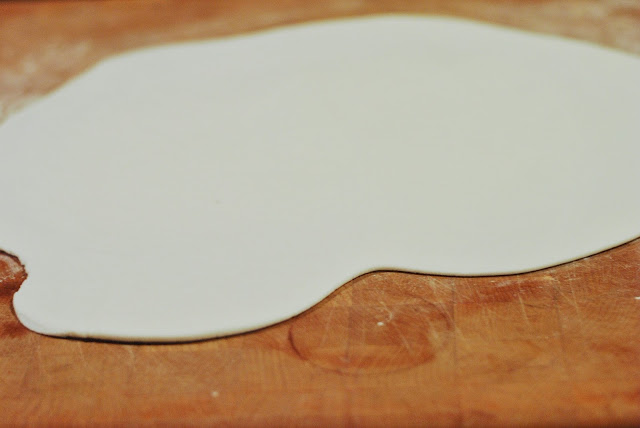 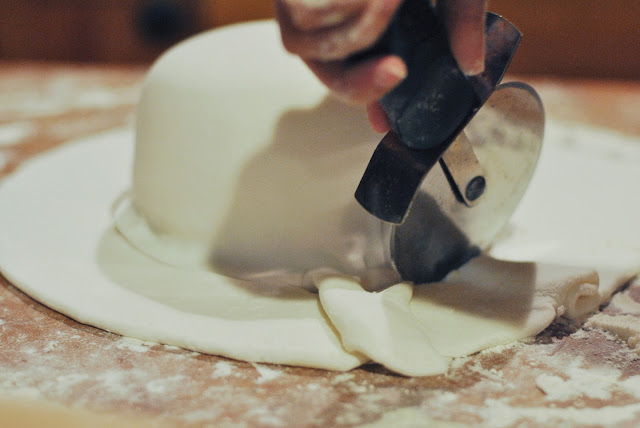 Pick up the Fondant gently like pizza dough  (I know, who picks up pizza dough?) like you would if you did, and place it over the cake, form it at the bottom with some gentle tucks and then using a pizza cutter, (that we do right?) cut away the excess. You can use the excess Fondant to make decorations. 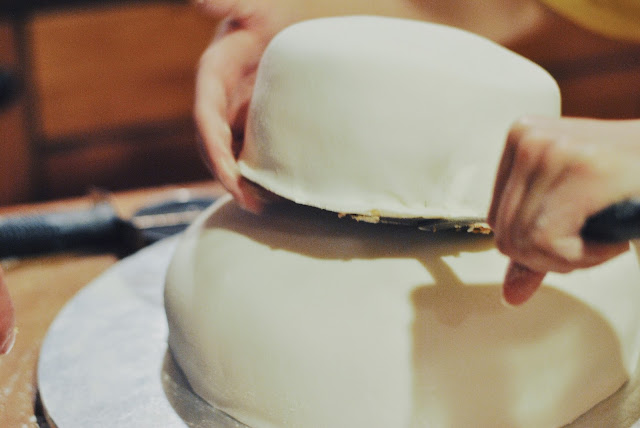 When all of your layers are covered with Fondant place them in order one on top of the other, using a little of the butter cream frosting underneath the layers to help them stay in place (that we learned the hard way when one layer decided to slide to the left somewhere around Bakersfield.) 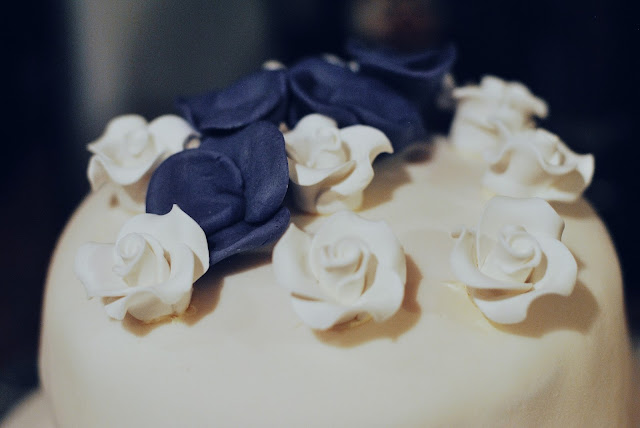 The white flowers were hard candy ones that I bought. The purple ones we made out of Fondant, instructions on the box, not bad huh? 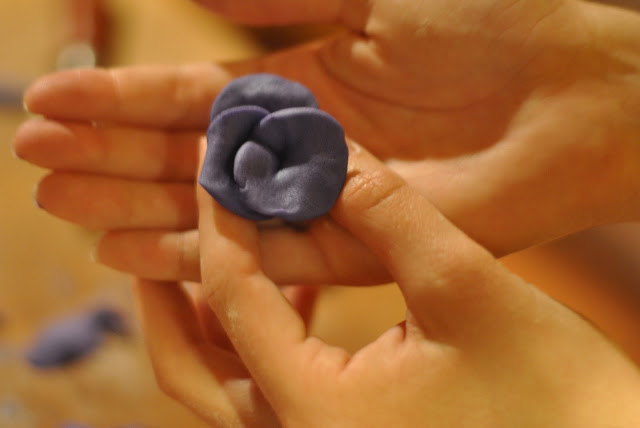 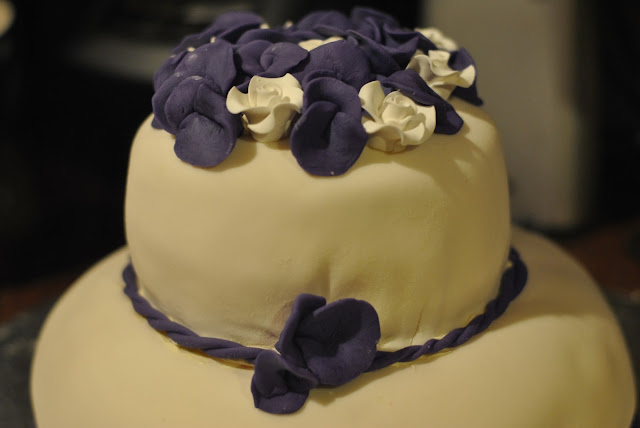 It kind of came out looking like a hat! 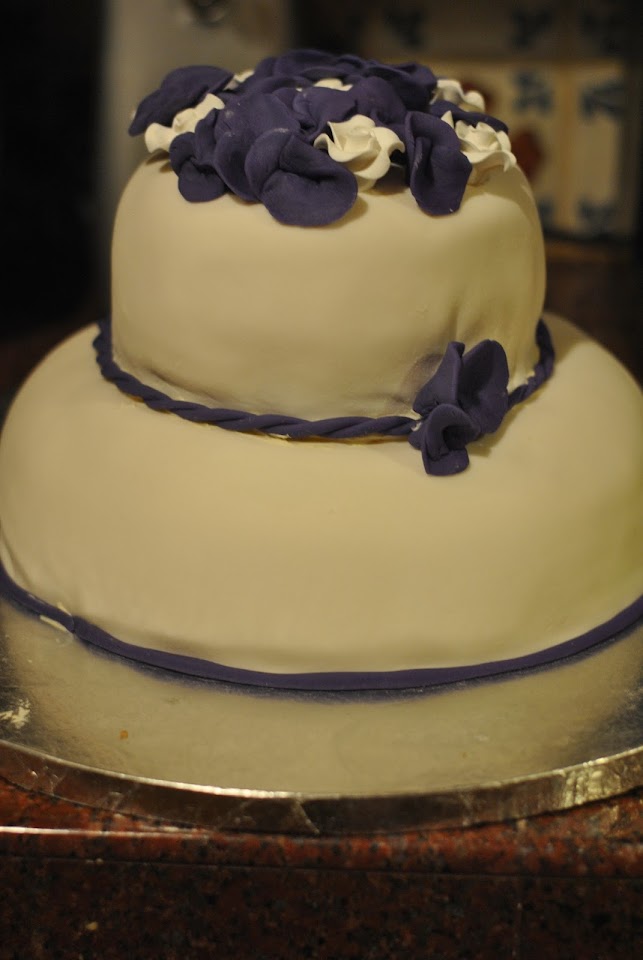 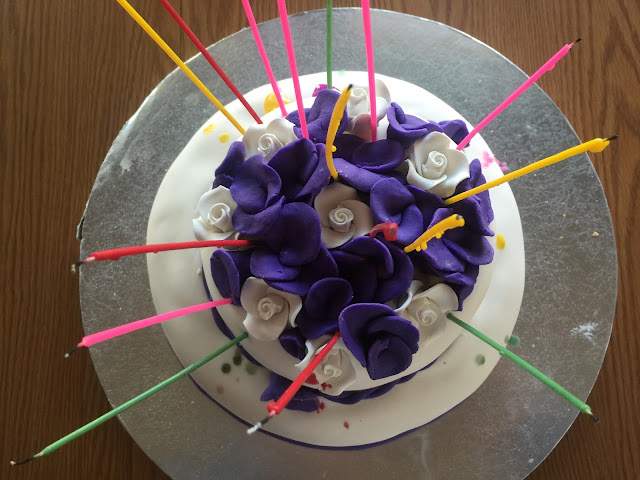 The weekend was a surprise for my mother in law.  It was a BIG birthday and she had asked us all to come for Easter and we all said no because we were surprising her the following weekend. Think she was feeling pretty un loved until everyone started showing up. Then she was pretty thrilled. With a bunch of us spending the weekend, we decided to be the over flow and stay in a hotel a few miles away called The Inn at Eagle Mountain Scottsdale. It was a random pick off Expedia and it was beautiful, woke up to this view off the terrace. 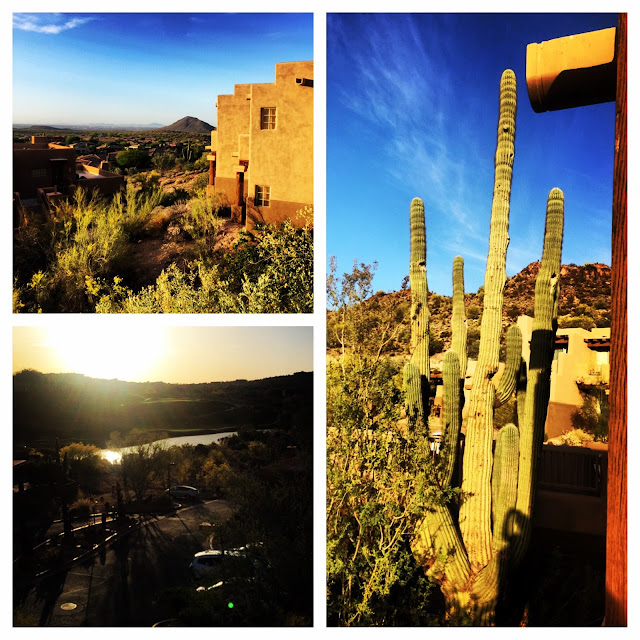 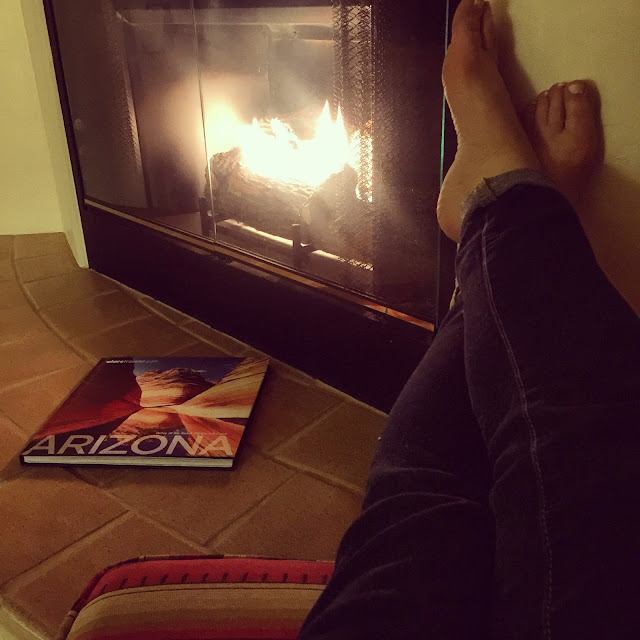 And of course you can't be a great hotel room without a fireplace!