Welcome to Athens!  Thinking about why it takes me so long to post about a trip when I get back, besides my impossible schedule, I think I need time for it to percolate a while in my mind privately, even though I can't wait to share it.

Some fun facts about Greece
Our Greece trip in November started when my brother-in-law got the idea to run the Greek Marathon. A 26 mile course that was the site of the very first Marathon ever, anywhere, from the city of Marathon to the city of Athens.  One of my sister-in-laws, who does triathlons, (I need oxygen just writing that), jumped on the idea as did my husband who is pretty adventurous and has done a few marathons in strange places as well. With three grand kids in the mix my step mom-in-law joined the party. And so we came together from Southern CA, Northern CA, Minnesota and Germany, all 10 of us.

We stayed in this Air B & B in the neighborhood of Fokionos Negri. And for some reason any time any of us had to say that to a cab driver it caused the equivalent of an international incident.

According to our first cab driver it 'used' to be a great neighborhood. We liked it, the flat was in an incredibly old beautiful art deco building from the 1930's, on a greenbelt, no traffic, just a walk path and little park lined with cafes and a wonderful chocolate shop. The flat was fascinating.  It is owned by two sisters who grew up there and have felt the need to keep it just as it was for all these years. That would be old. If you like antiques, and a lot of charm, and are traveling in a pack of 10 this works well.  When we first got there we decided we could look at it two ways, charming or decrepit, we decided to go with charming. It worked out perfectly, we all had our own rooms, the dinning room was huge and we all cooked with food from the local market down the street. It was perfect for my nieces ages 1, 3 and 9 to run around.

The thing about Greece that we had not read anywhere, is that the plumbing is so old you have to throw your toilet paper in the trash. Sounds gross but we actually all got used to it fairly quickly.   There was that one incident at 3:00 AM when I forgot...oops. I stood there a few minutes waiting for the toilet to blow up but it was fine. At first I thought it was only this apartment because it was so old, but as we traveled about every restroom we visited had a 'no paper' sign over the toilet. The exception was the National Archaeological Museum which was very modern, although the toilets didn't have seats, very odd.  And it wasn't a mistake, it's just, who needs a seat? Well, I do. The other thing about this neighborhood was that at night it was very noisy. I was told that Greek people stay up all night and sleep in the morning, it seemed true.  I didn't mind the noise, the talking and clinking of high heels, I kind of liked it, it added to the flavor of the neighborhood.

Some thought it was a dirty city but like any city anywhere there were upscale areas and dirty areas. We were able to walk to the Museum, the open markets, the square and Old Town Plaka. We found the people to be very nice.

The market places were wonderful and then came the moment... my sister-in-law squealed, I squealed and an old Greek man standing next to us pointed and said "yes... Starbucks!"  Probably the only English word he knew. It was not a mirage and we have our souvenir Greek Starbucks mug's to prove it!

Our first day exploring took us to the Acropolis, it was drizzly, which some how seemed appropriate for a place built in 5th Century BC. It was a huge climb up and the steps were all made of marble. As usual I got made fun of for wearing heels, but it was raining and they were Easy Spirit Booties, so comfy! Yes, I climbed the Acropolis in 4 inch heels, which makes me fabulous! (I can say that because this is my blog ;) 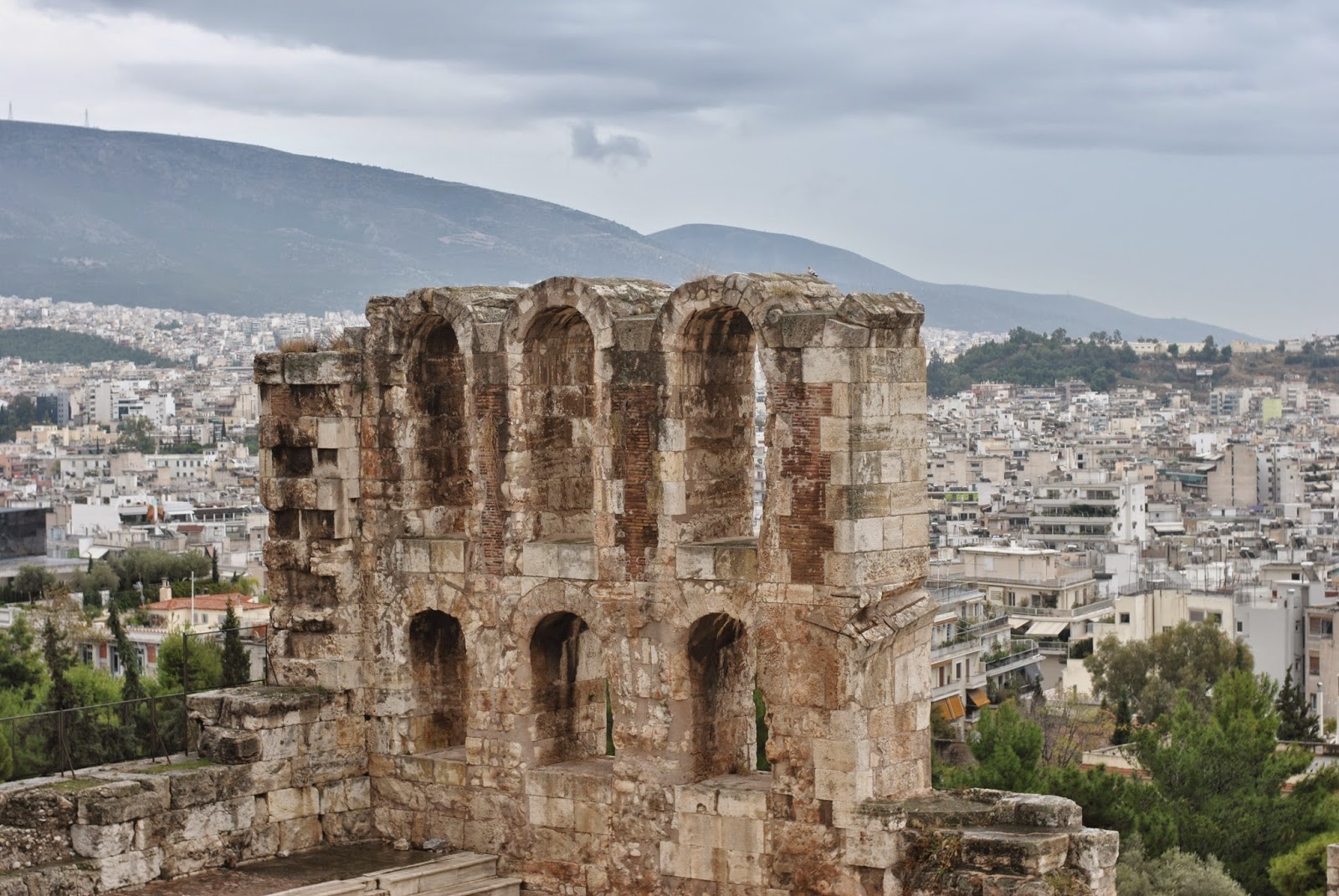 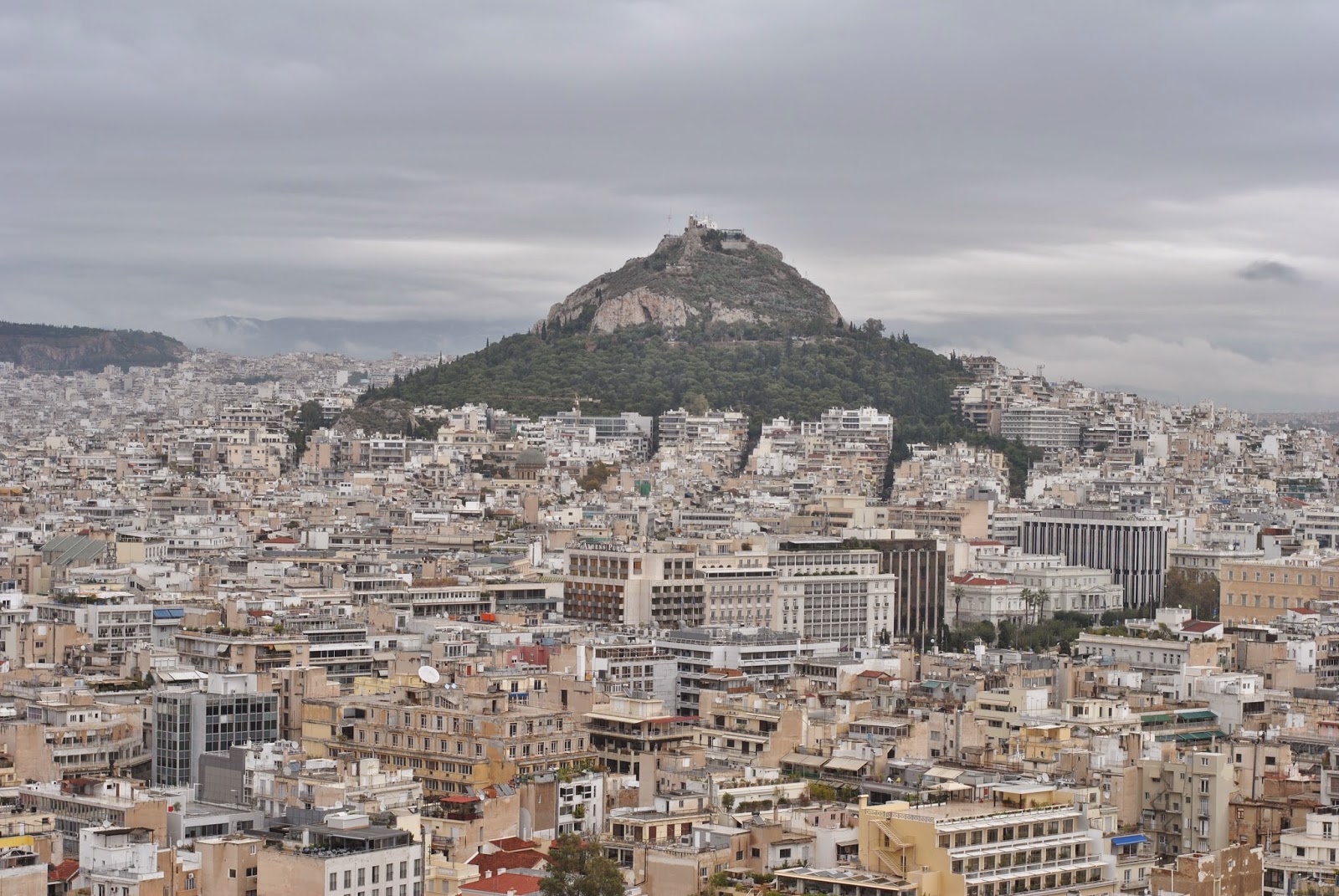 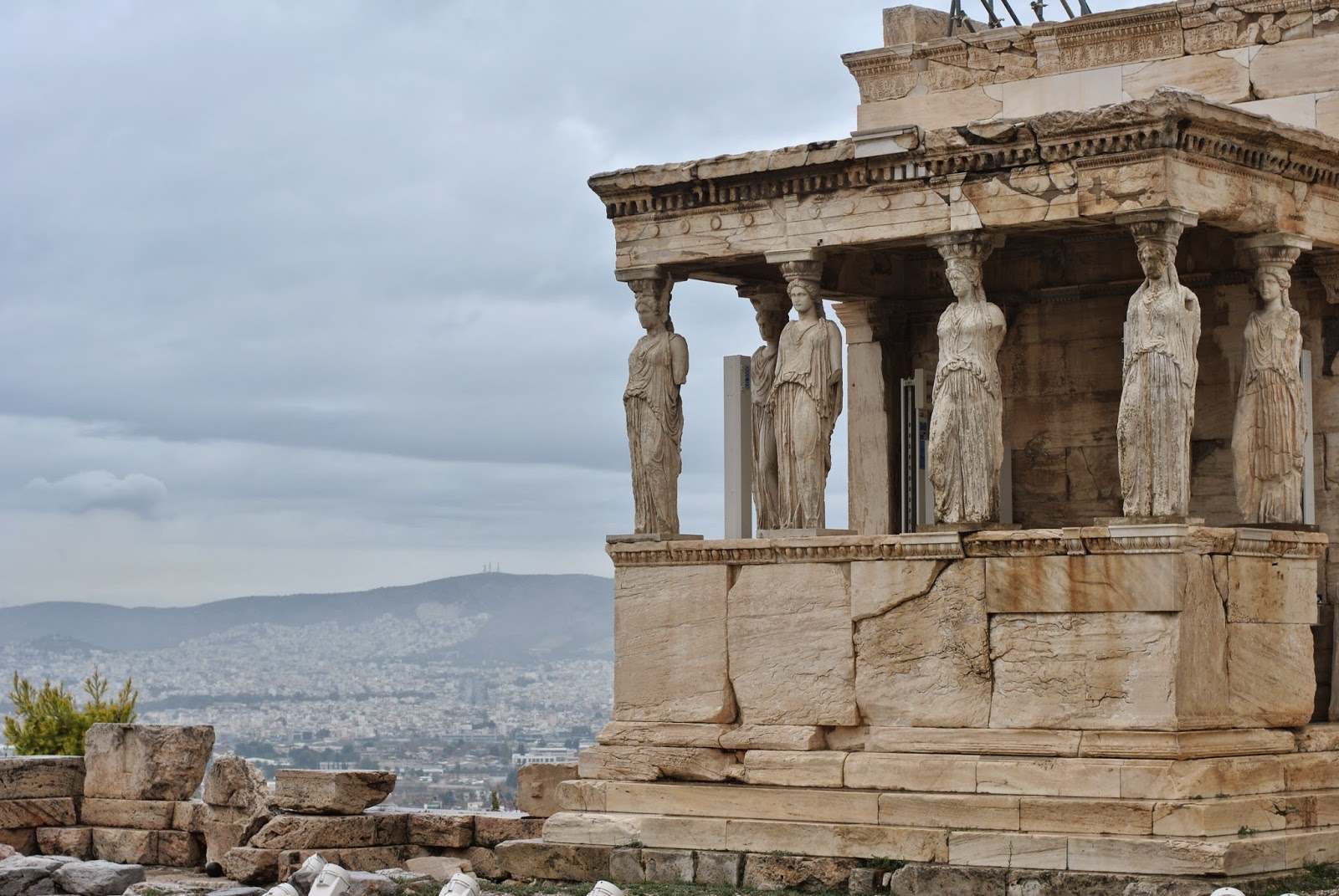 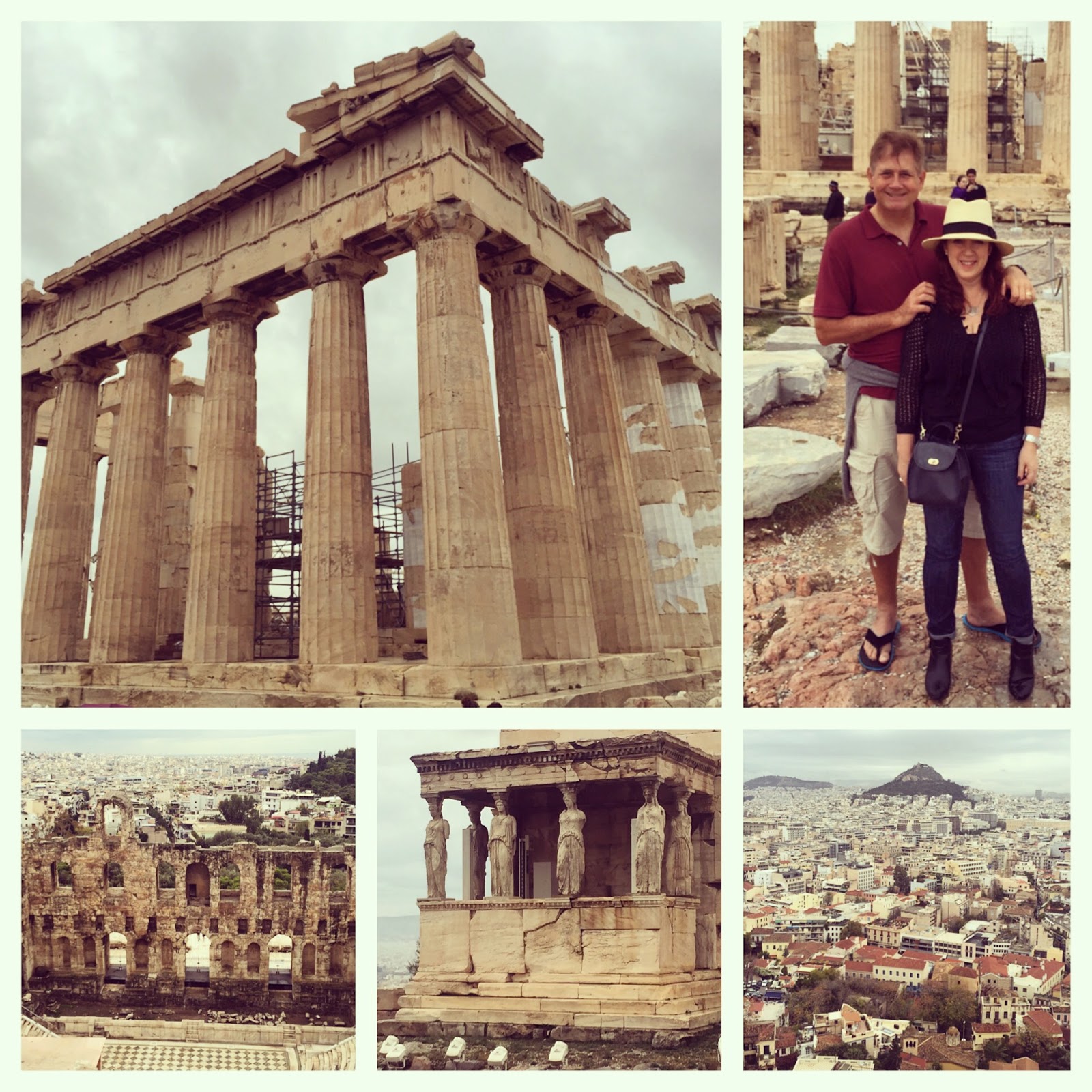 There are tons of restaurants in the market place and every other store is a bakery. But this particular day as the Marathoners headed off to pre-registration the rest of us found ourselves in a residential neighborhood, hungry and without a restaurant in site. After a few charade type transactions with locals we headed down a few streets and found an amazing restaurant called, TouavponpoBato located at Appiavou 31-33, IIaykpati. That's not really correct because my computer doesn't type Greek so if you're going to Athens e mail me and I will send you a picture of their biz card, it's a must to try. In fact this is where I had my first Greek salad of the trip which ruined me for the rest of the Greek salads to come.  Oh they were all good, don't get me wrong, and I had one every day, but this one was fantastic. All the food is great. 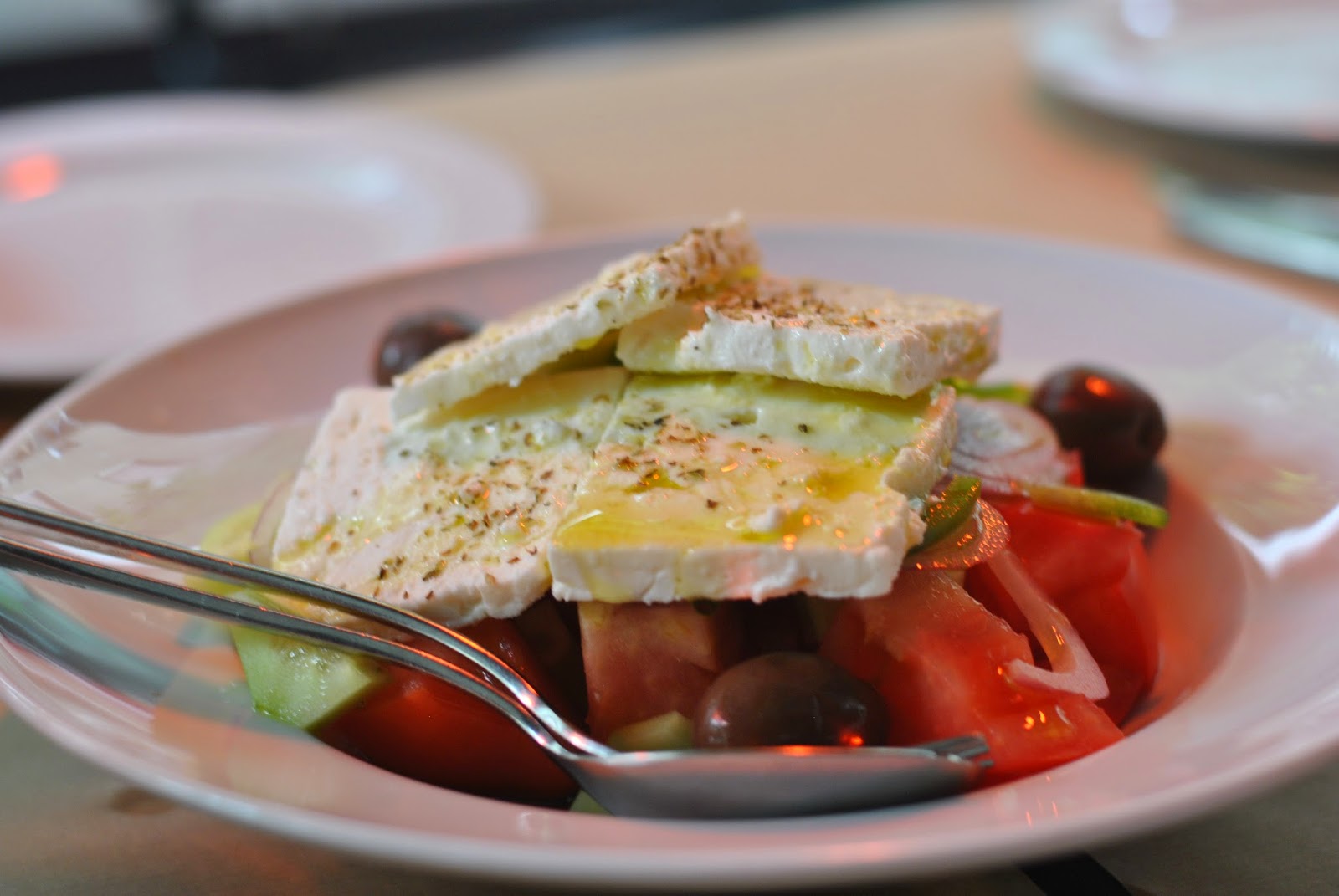 The Marathon was an awesome experience, even as a spectator.  Sitting in the stands of the Memorial Stadium which, is completely made of marble, watching all of the runners approach the finish line was incredible. There were those alone, those in groups, some dressed in Greek God costumes and the combination of determination, joy and pain as they ran to the finish line was amazing. Some people looked as if they would fall over, some did and others saw that last stretch and broke into sprints which brought me to tears. And then there they were, my sister-in-law, brother-in-law and my husband, they all made it the 26 miles! 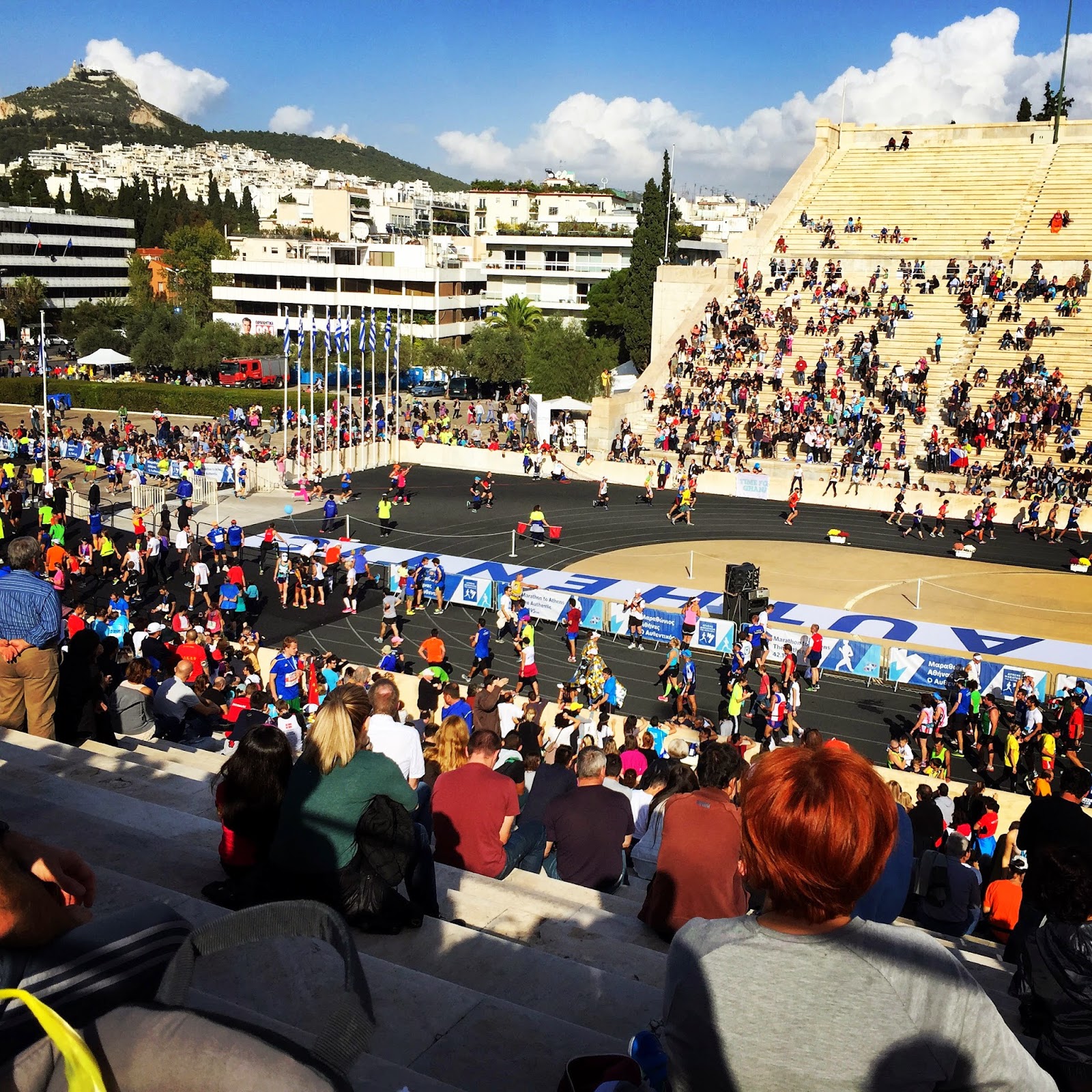 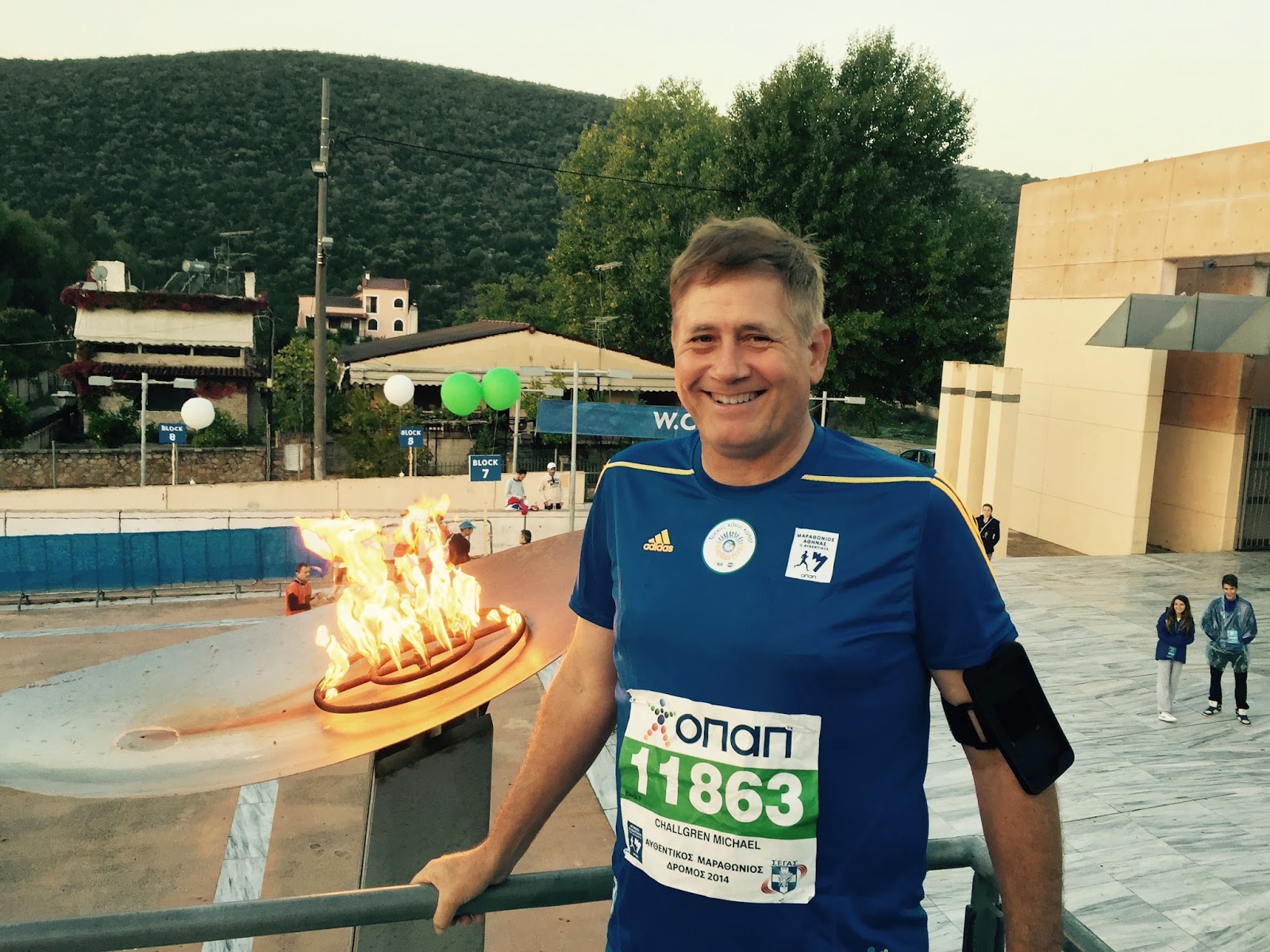 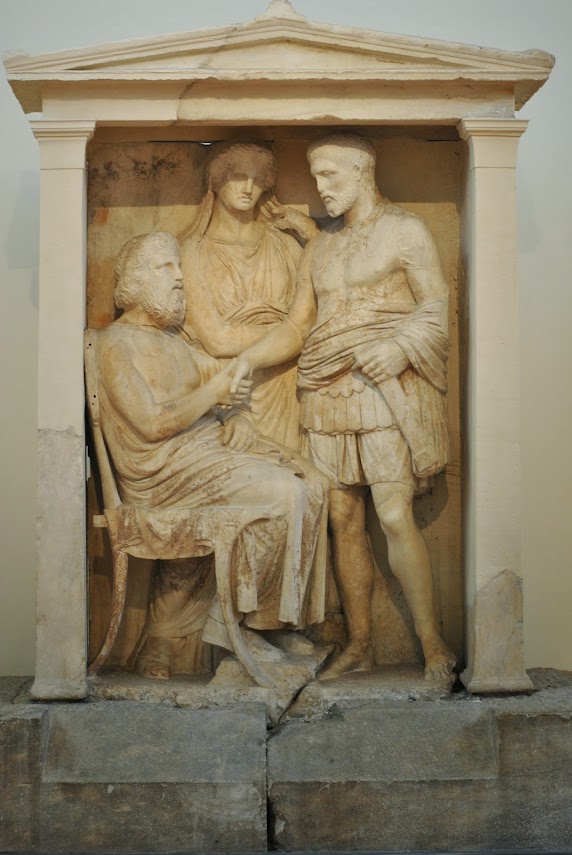 Old Town Plaka was my favorite, the living spaces have been beautifully renovated and mix seamlessly with this 100 year old town. Destination, a 100 year old distillery called Brettos. It was gorgeous with its wall of colored bottles and 100 year old brandy barrels. The owner brought me a glass of wine he promised I would like after I told him I was a light weight and didn't really drink. It was so good I drank it, all of it. When we got up to leave I remembered why I don't drink.

He recommended a restaurant a few blocks away, and by blocks I mean narrow streets and hills. But then, there it was this beautiful quaint place with amazing views and a fish that was big enough to feed us all. It had more Michelin Star's then could fit on the door. It reminded me of one of my new favorite films 'The 100 Foot Journey' and if you haven't seen it I highly recommend it. (I wouldn't have known what a Michelin Star was before seeing it.)

Then we were off to Mt. Lycabettus at dusk to see the entire city light up from 745ft. This time we didn't hike it, we took a funicular which is kind of a cross between a train and a tram. 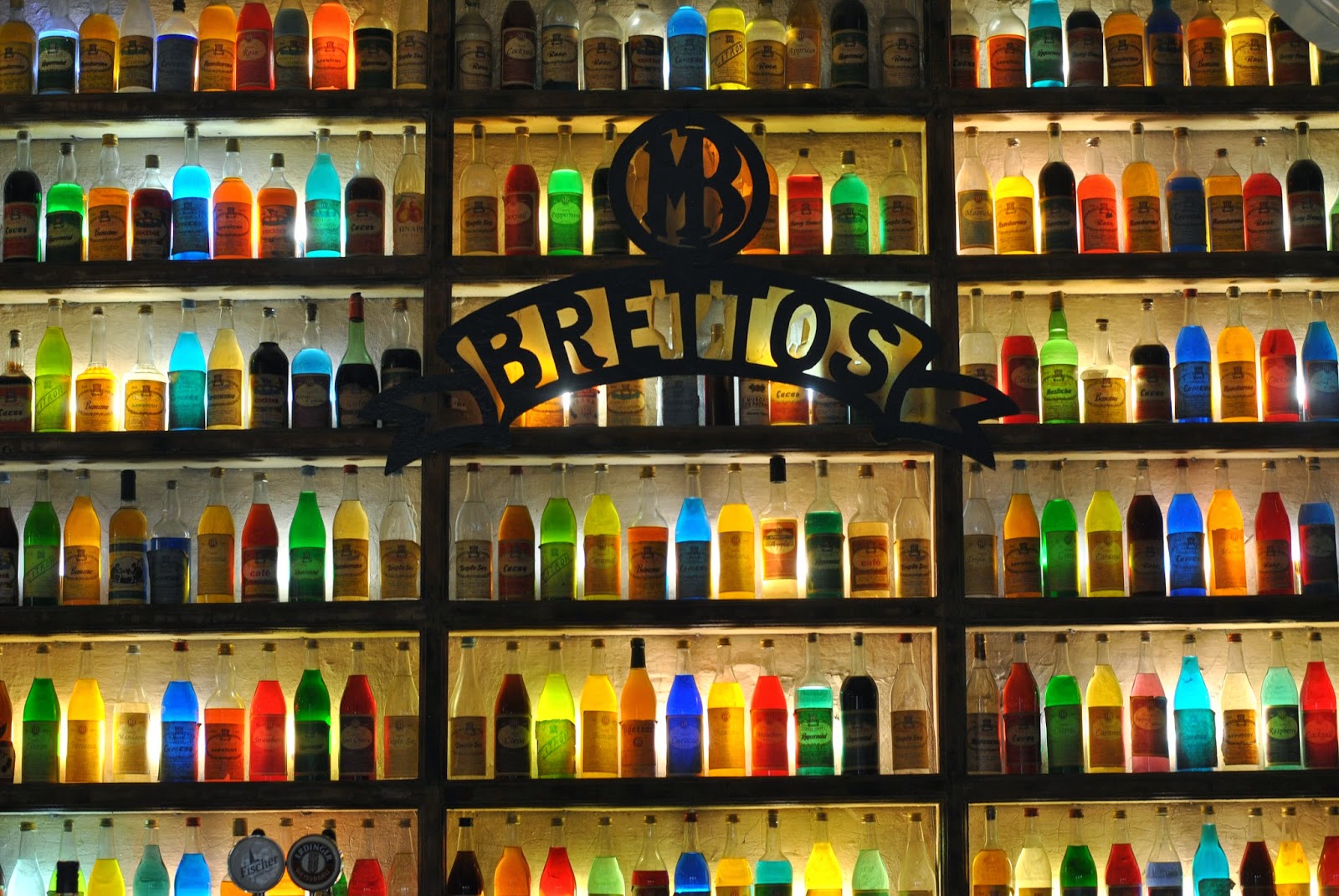 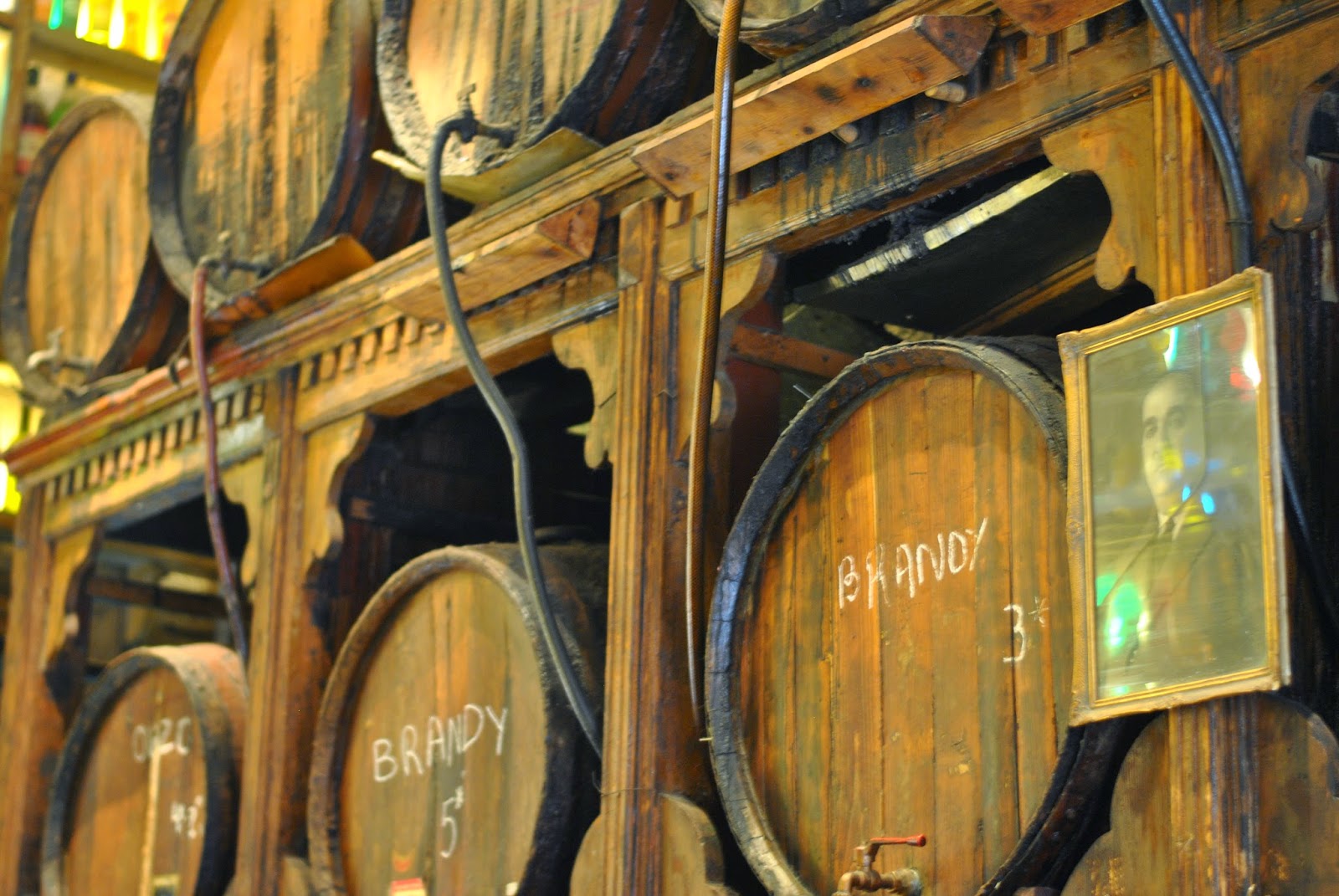 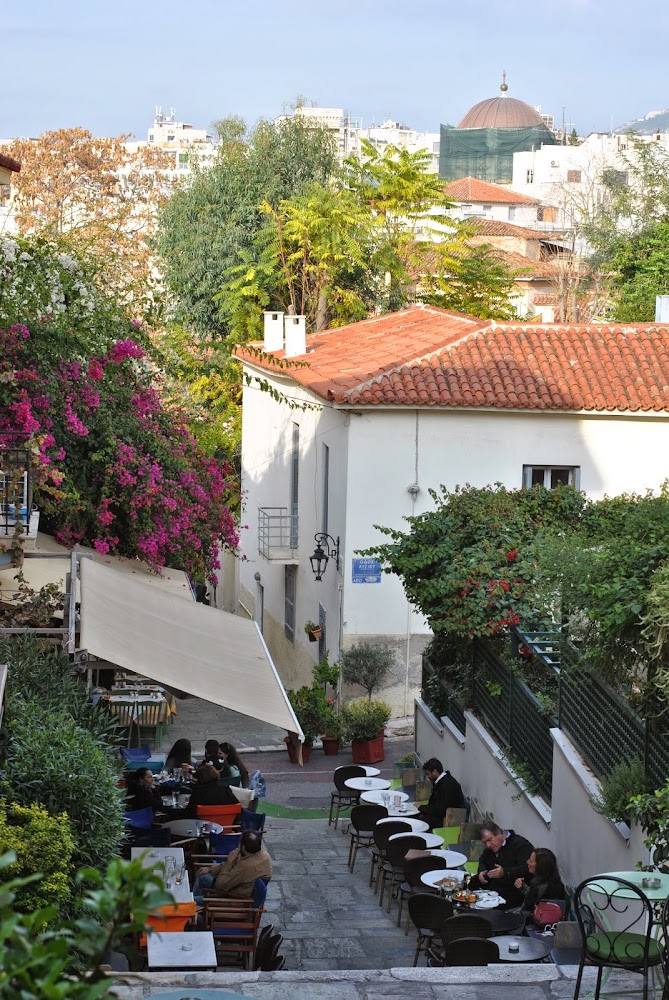 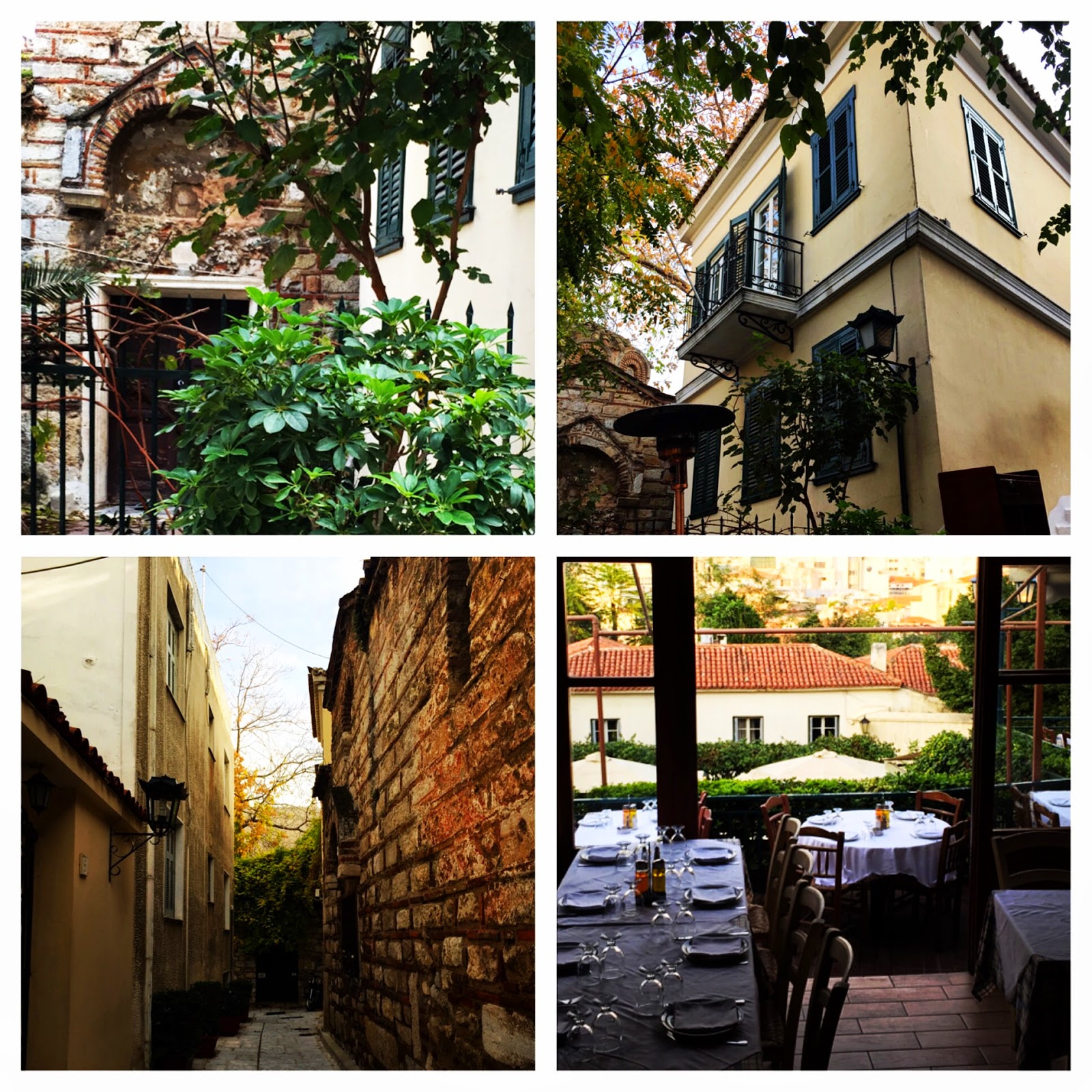 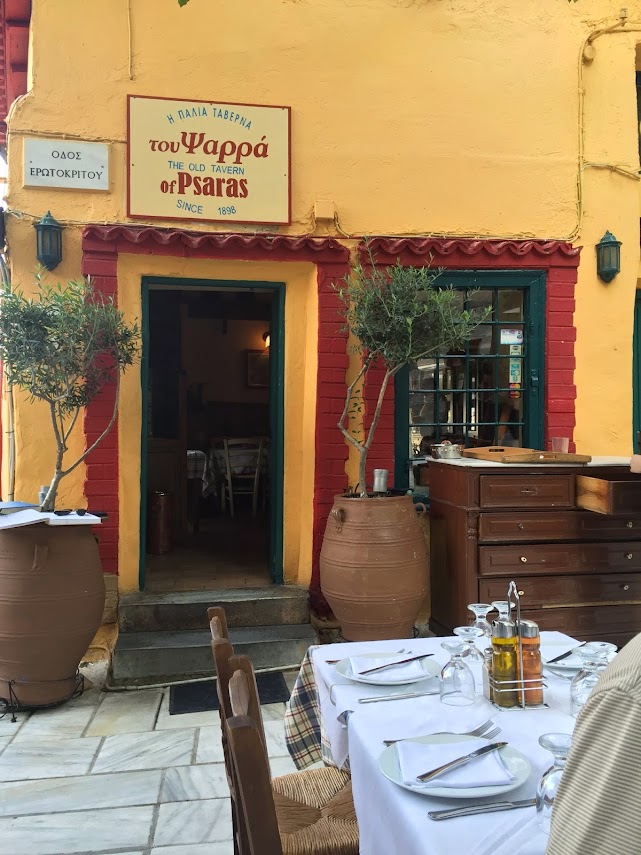 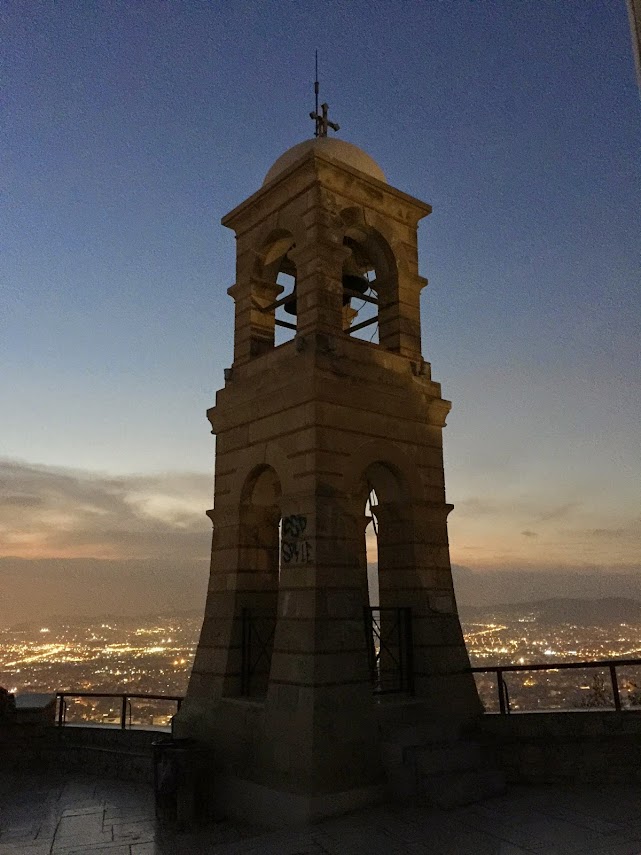 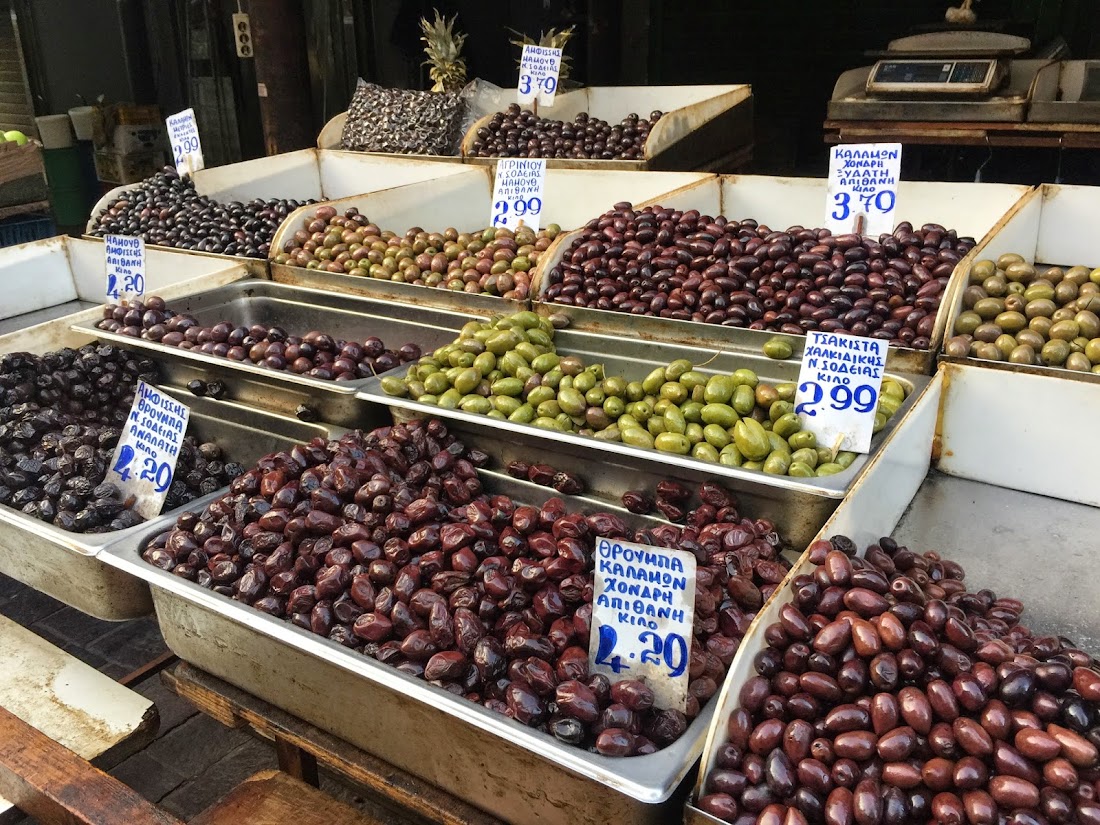 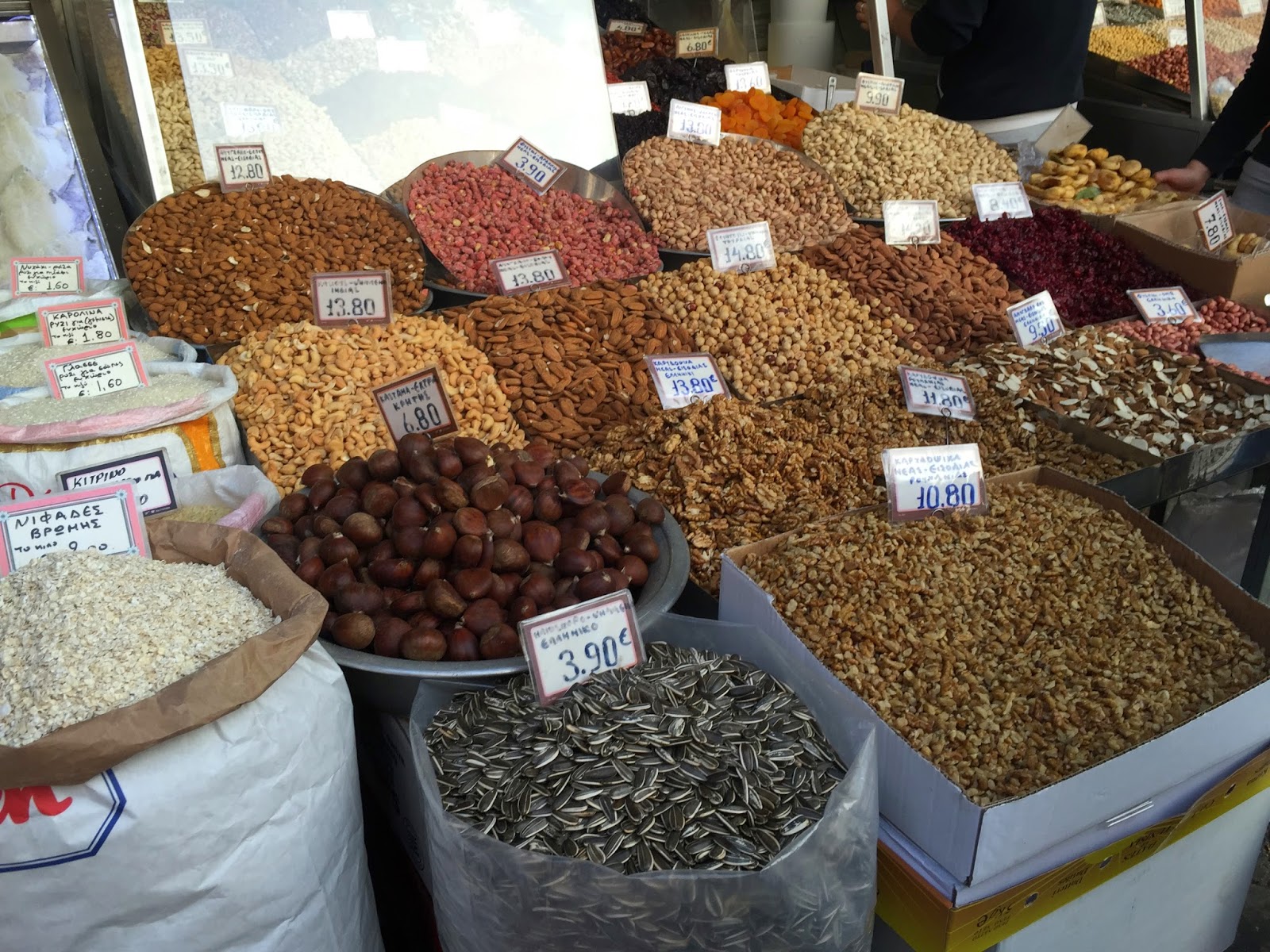 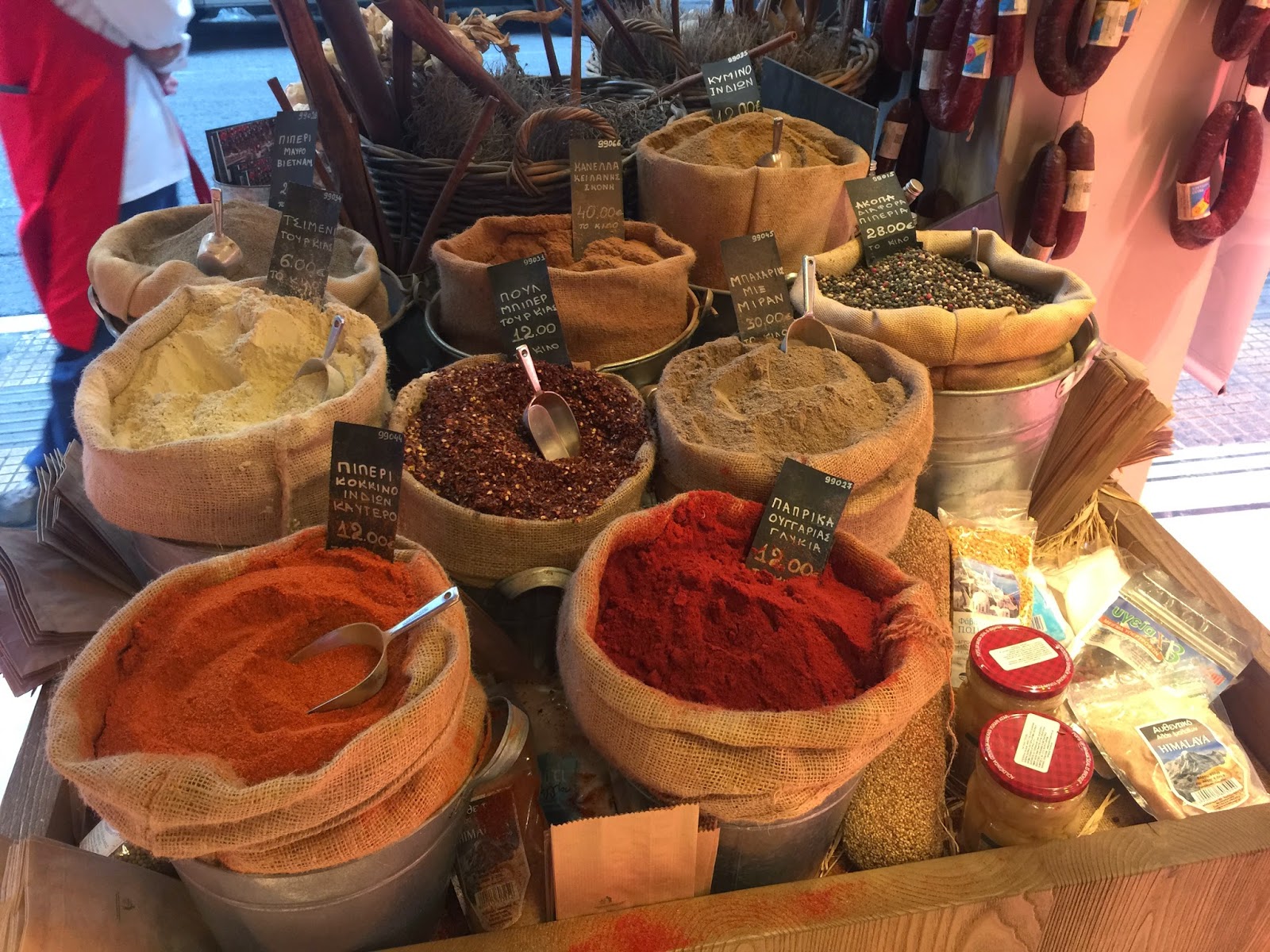 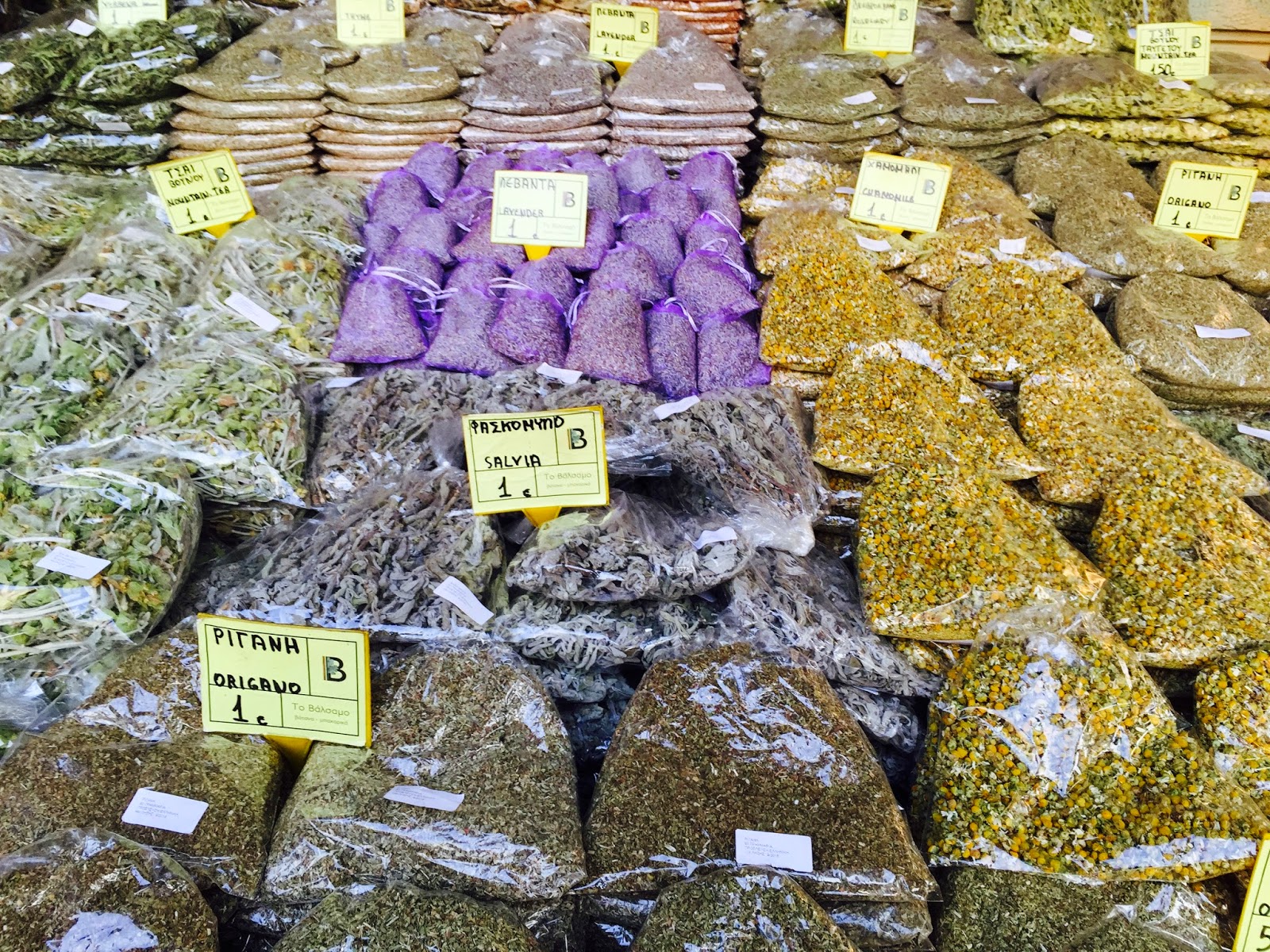 I loved Athens, loved spending time with family and loved exploring this city. BUT THEN... we went off to paradise, AKA, Santorini. Check in next week for Part 2 of Greece ~ Santorini. It was heaven and our pictures are spectacular ( if I do say so myself!)

If you missed last years Germany trip post you can find it here and here. Happy Travels!