Tis' the Season  ~ When time moves too fast, I become a blogger slacker and I buy one gift for myself for every two gifts I buy for someone else. Oh come on, I know I'm not the only one!

Last weekend we jumped in the car and drove to Las Vegas to visit my daughter on the set of her recent film. I'm so proud of all she's accomplished this year. It's not every mother who would brag that her daughter was on the run trying to avenge her brother’s murder in rural Missouri, mixed it up with a bunch of weirdos, and a few dinosaurs, as a tough sorority girl who ends up spending the night in the slammer, a girl that discovers her entire life has been a lie while in desperate need of a kidney transplant to save her life, and a manipulative gun tote'n 70's Vegas call girl. It’s been quite a year at our house! 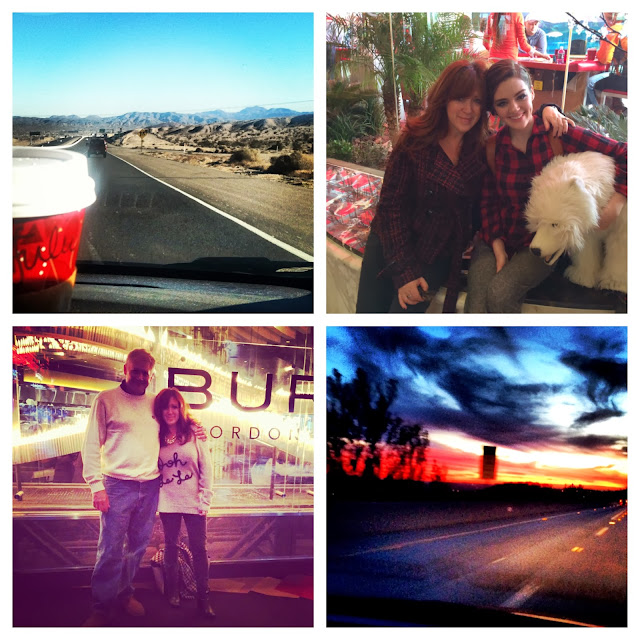 And it wouldn't be a road trip to Vegas without a stop at the Primm Outlets. As soon as we walked in I saw it, the giant red sign in the Kate Spade window that said 50% off (already outlet prices) that made my heart skip a beat. 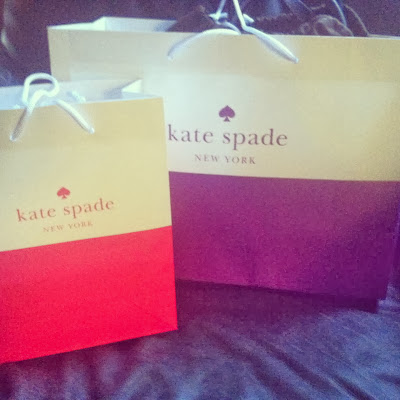 Packages tucked away in the trunk, and yes the two to one ratio still applies.  We arrived just as the crew was breaking for lunch, perfect timing. I got my first hug while on her way to wardrobe. She wrapped early that day so we had time for a nice dinner. We went to Gorden Ramsay's Restaurant, Burgr, there's no e, get it? gr, Gordon Ramsay. I didn't get it, I thought the e fell off the sign :O  It's not very often I eat a burger but I have to say this was the best burger I have ever eaten. If you're not a Food Network person, GR is from the show Hells Kitchen, which explains the flames behind us. When we questioned the waitress as to why there was no Ketchup she went into a robotic trance and recited the GR Burgr creed. "We feel that our burgers are perfectly seasoned and therefore do not need any Ketchup". Turned out to be true. Then there was the Oreo Cookie Creme Brulee shake, yes Cream Brulee! This picture of my husband was the one with the least amount of shake on his chin. The Oresos ended up, well, you see.  It was like drinking Cream Brulee custard, amazing.  Stuffed to the gills we walked, lost a little money and ended up at a three story Forever 21, AKA The Mother Ship. 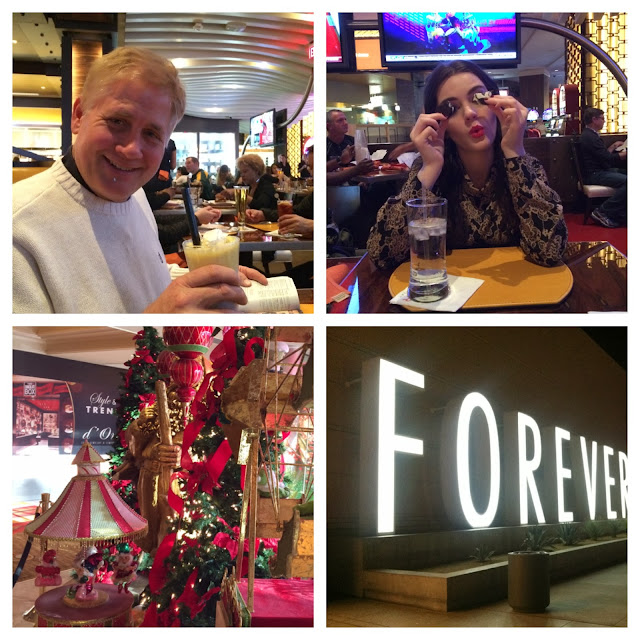 It was a great weekend complete with a gorgeous sunset for the drive home.