On May 11th we shot the third episode of From Drabulous to Fabulous.  And it was all about my other love - FOOD!  The theme was taking your summer food from drab to fab with the help of my two fabulous guests, Laura Avery, who runs the Santa Monica Farmers Market and Executive Chef John-Carlos Kuramoto of the famed Micheal's Restaurant in Santa Monica who shops the market for locally grown goodies for the restaurant. We had a blast!

I opened the show with a little bit about summer entertaining.  Seriously, how many times have you showed up at a BBQ and been handed a white paper plate!?!  That's just so wrong. It takes very little effort and not much more money to change it up and include beautiful colorful table wear whether you use plastic, paper or your everyday dishes fab'd up with napkins like these polka dots. Display your utensils in cool holders like baskets and flower pots. If you're having kids over painting the pots or coloring them with side walk chalk is a great activity.

Scour the dollar section at Target or hit your local Dollar Store for fun summer serving items that won't bust your budget. 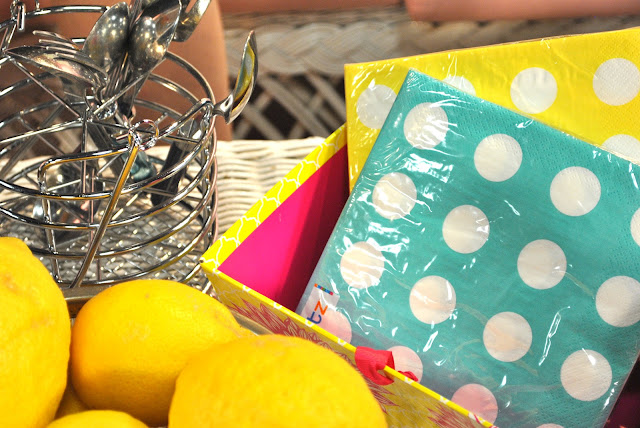 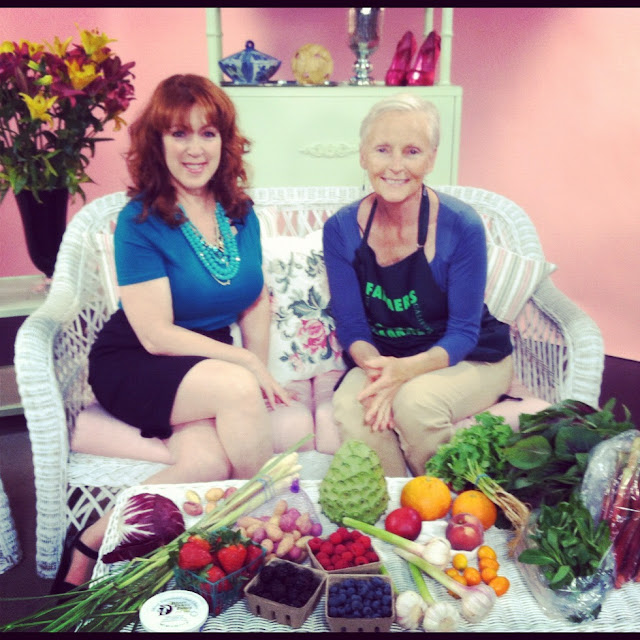 Here I am with Laura and some of the amazing goodies she brought.

If you have never been to your local Farmers Market you really don't know what you're missing, especially if you're a foodie like me. A peach is a peach, you'd think, but I'm here to tell you it's not! Laura brought the best peach I've ever had in fact everything she brought gave new meaning to fruits and vegetables. She shared great hints like taking some little drab potatoes and throwing them in a skillet with Olive Oil, Sea Salt and Rosemary, how easy and how fabulous! 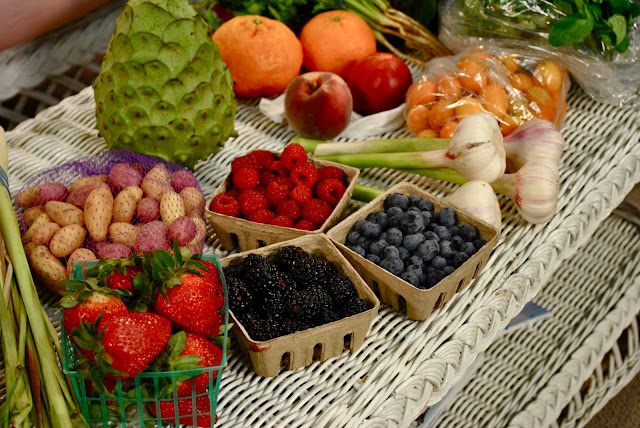 Look how garlic looks when it's first picked! And it smelled so wonderful and the berries were heavenly! 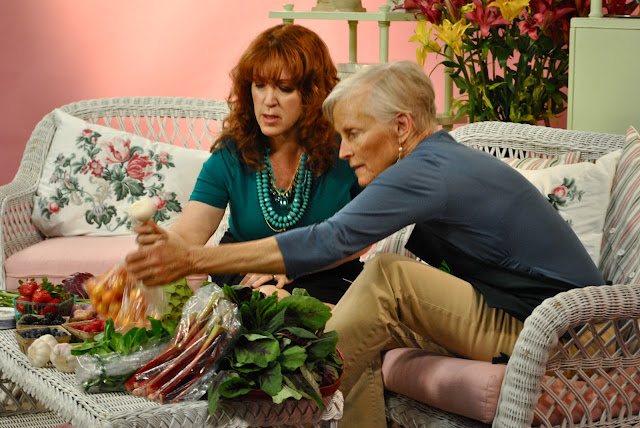 Here we are looking very serious as we discuss the garlic.

Then it was on to cook with some of this scrumptousness.  First I have to mention that when I invited Chef John-Carlos on the show there was a plan to install a beautiful state of the art kitchen into the new sound stage at Studio 16 where we film. Two weeks before the show date I was told that the kitchen would not be in for the show.  I didn't want to cancel the Chef so I called and told him about the kitchen and he graciously agreed to make a salad that required no cooking except a few things he would prepared in advance.  Whew!

I was so excited to have Chef John-Carlos Kuramoto on the show. At only 24 he's an award winning chef and he was about to share the recipe (kind of) for the amazing Cobb Salad at the legendary Michael's restaurant in Santa Monica. Which by the way is amazing! 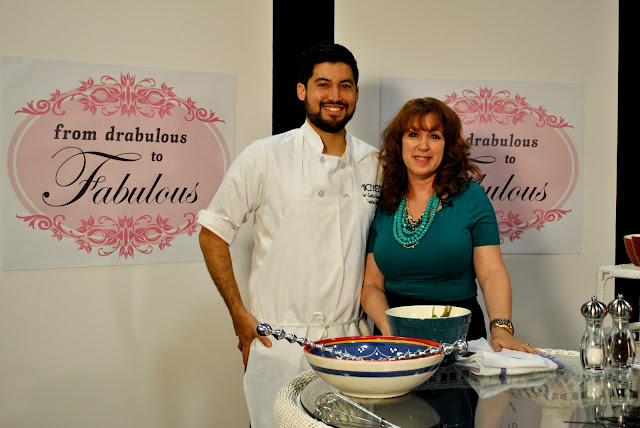 Since we had no stove top John -Carlos prepared the grilled chicken breast in advance along with thick bacon and hard boiled eggs.  He used shallots instead of onions, what a difference, if you love an onion in your salad a shallot will make you droll, really!  One of the best take aways for me was the dressing, so delicious and so easy! Whole grain mustard mixed with olive oil and shallots and the secret he shared was that when you dress a salad you rub the dressing around the inside of the bowl and then you toss it instead of putting it directly on the lettuce.  And that ladies is why he is the executive chef. 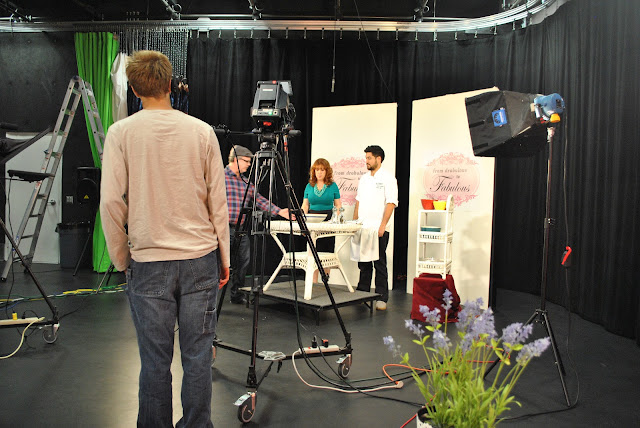 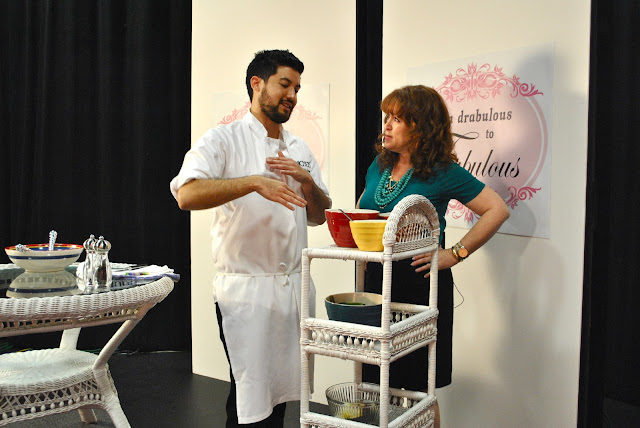 I asked the Chef what the one important ingredient is that everyone should have in their kitchen and he said 'green beans', which explains the look on my face.

After the segment, and John-Carlos ran off to get back to the Friday lunch crowed, we all stood around and devoured his salad. I think it's the combination of the shallots, mustard and thick bacon that do it for me. Yum!
I hope to have him back when the real kitchen is in!  Until then, eat your fruits & veggies!