So much left to share from our fabulous trip. We started out early Saturday morning, in fact we left the hotel at 8:00 AM and didn't get back until 10:00 PM! The rain was very considerate and had stopped so we headed over to Pacific Heights.  Right before we took these pictures a tourist went to stand by the edge for a picture, we would have done that too had we not seen her get drenched by the giant wave that came over the wall, burrrr. 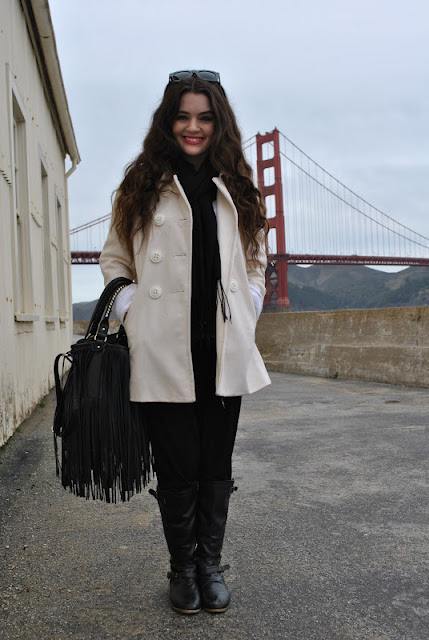 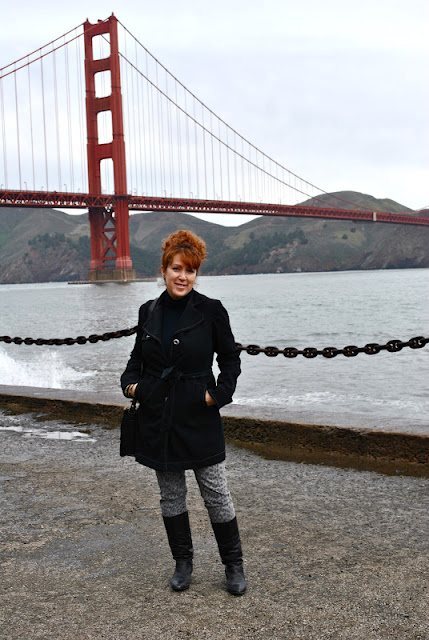 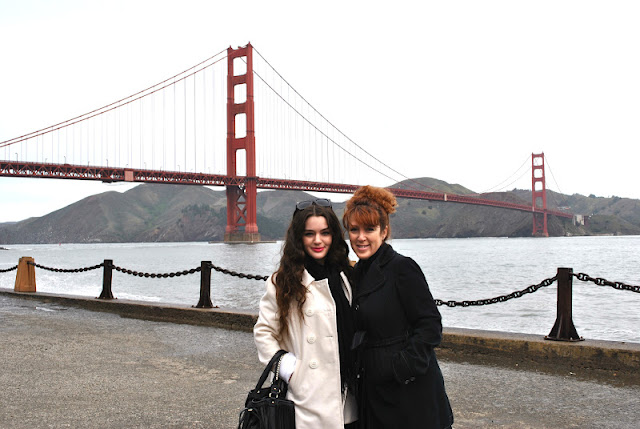 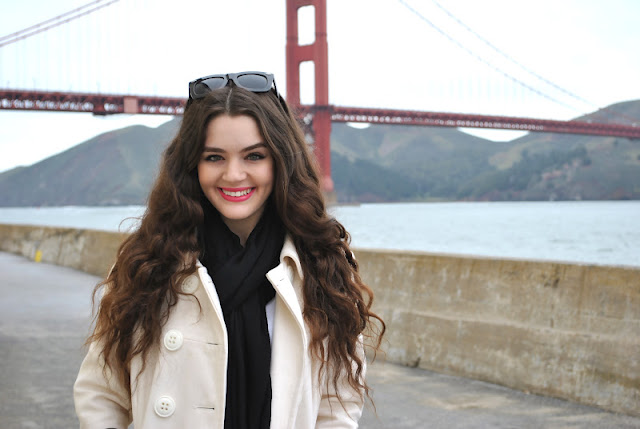 Pacific Heights is a gorgeous neighborhood, I'd call it the Beverly Hills of San Fransisco. We had been cruising around admiring the architecture when we noticed the Golden Gate Bridge peeking out from behind a beautiful mansion. We headed down the hill, and I'm talking HILL, and came to the Presidio, a former military base which is now a huge park with jogging paths that go right under the bridge.  Although it was cold and damp there were plenty of neighborhood joggers and dog walkers.  There's even a cafe they call The Warming Hut, for good reason. We ducked in to warm up after lots of picture taking. 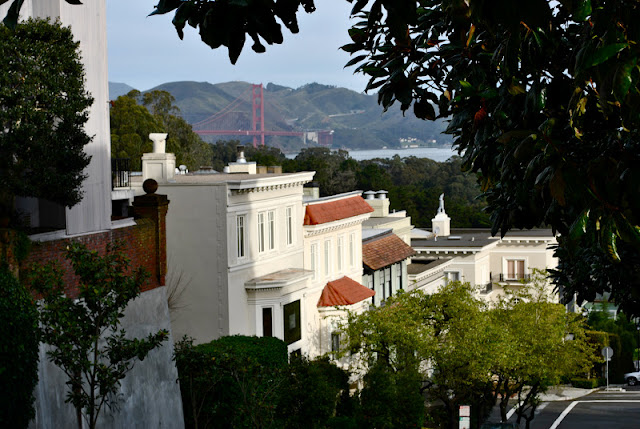 Then we were off to Fillmore Street, a very picturesque hilly shopping district where we fell in love with a cafe called Crave and drooled over the clothes in Alica and Olivia. 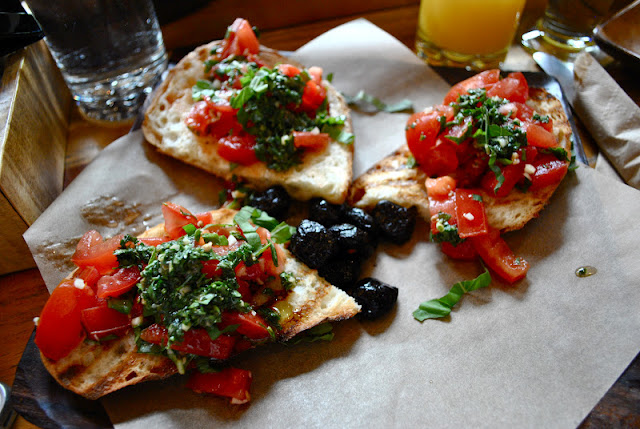 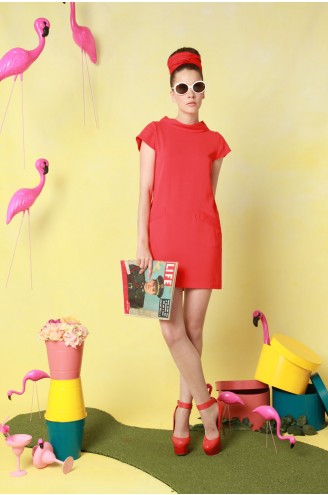 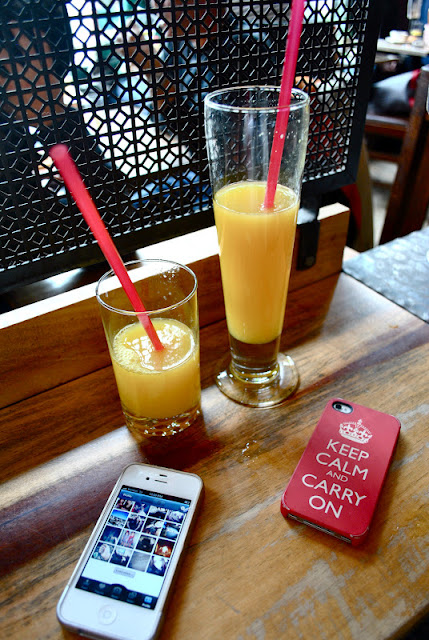 The Epicenter of Fillmore is Fillmore and California Street.
Off to Haite Street, Epicenter the famous intersection of Haite and Ashberry which had  great shopping. 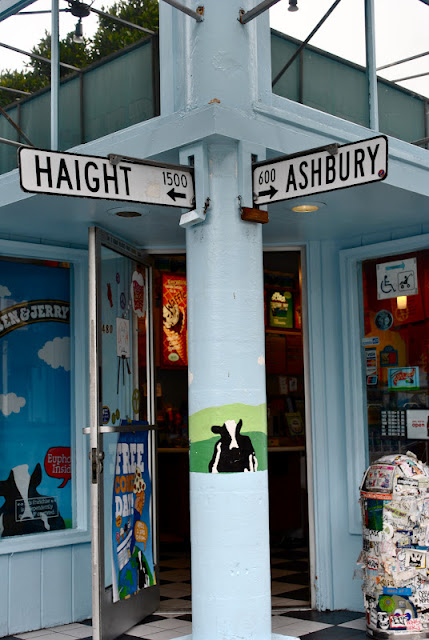 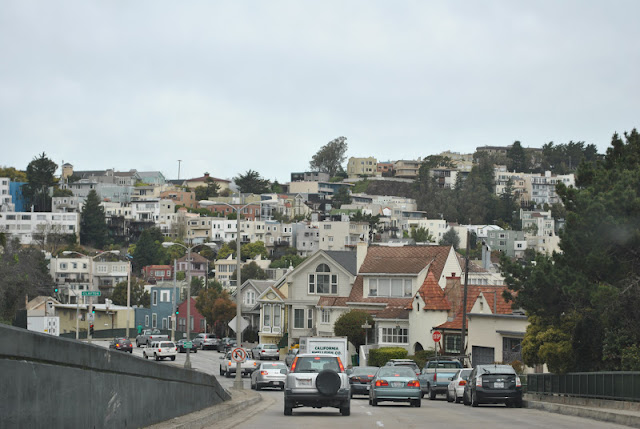 Our priority on this trip seemed to be eating in every neighborhood so we timed the day just right to head off to China Town for an afternoon snack of Dim Sum. 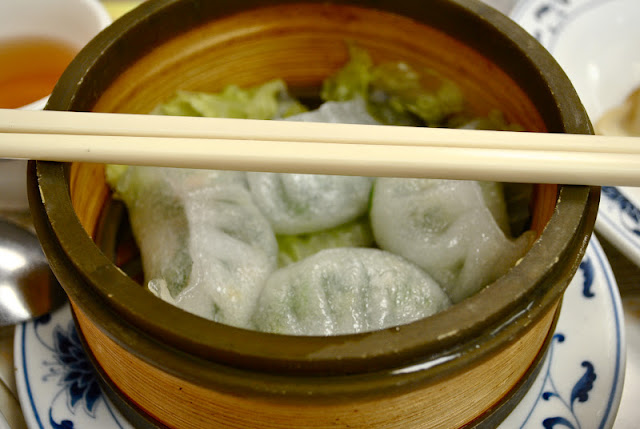 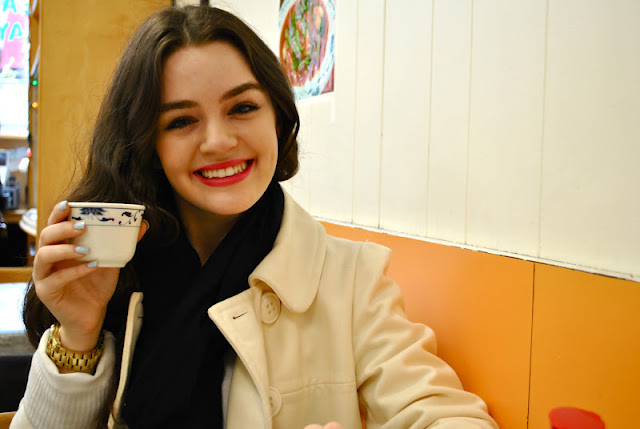 Just as we arrived and found a parking spot hail started to pelt the car! We were so lucky we had not gotten out yet as people were running for cover. It lasted a few minutes and then the sun came out. 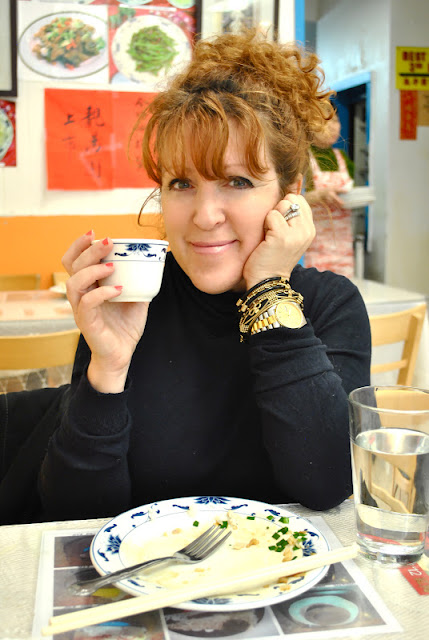 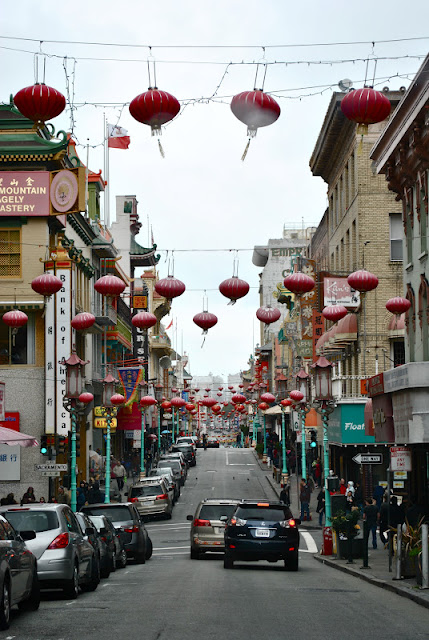 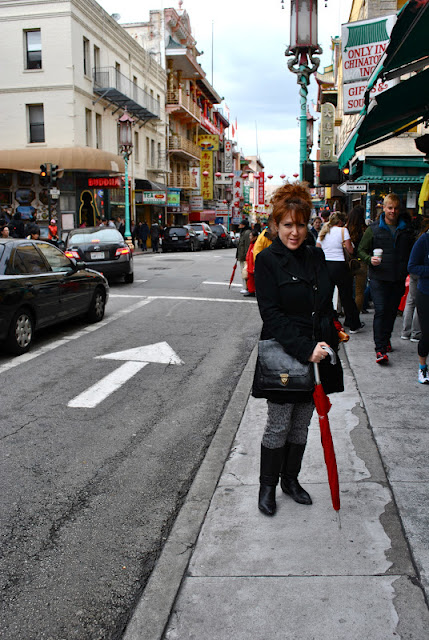 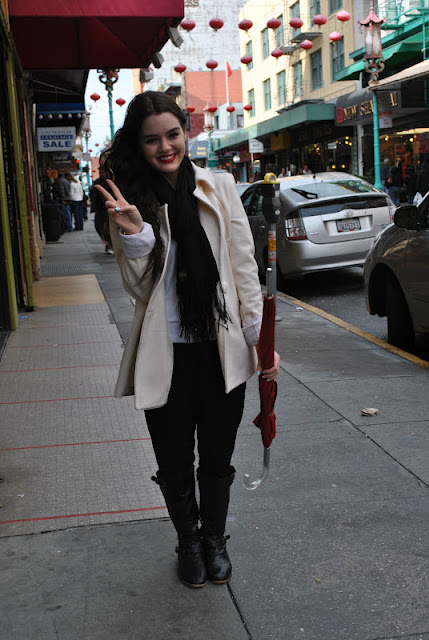 After our Dim Sum and shopping in China Town we headed to Fisherman's Warf to end the day with a birthday dinner of seafood. 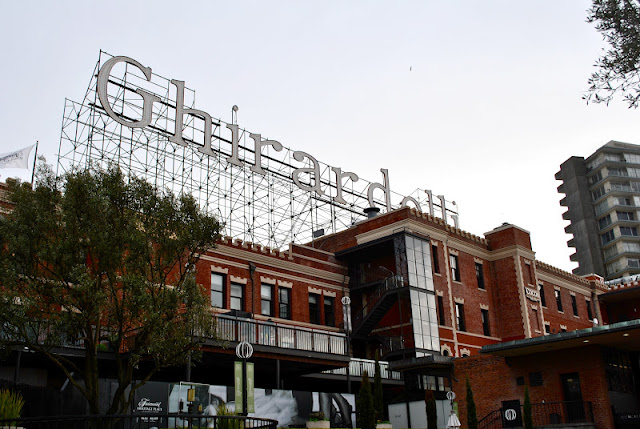 But first, an appetizer. Yes, we ate this before dinner. 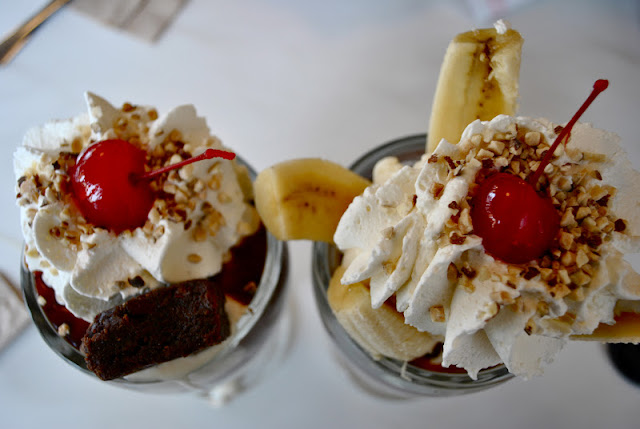 Then the birthday girl got to have her favorite at Scoma's on the Warf. 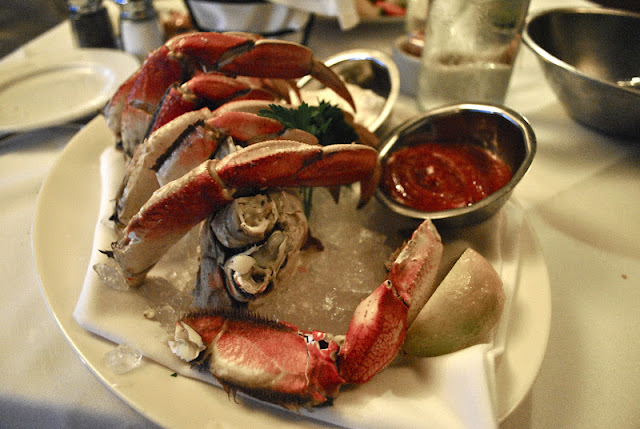 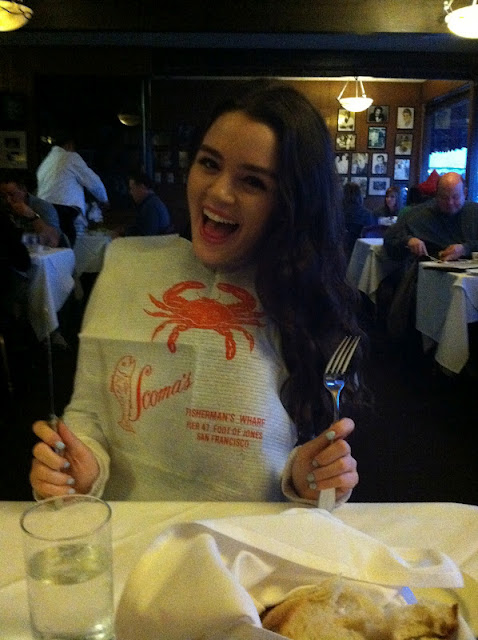 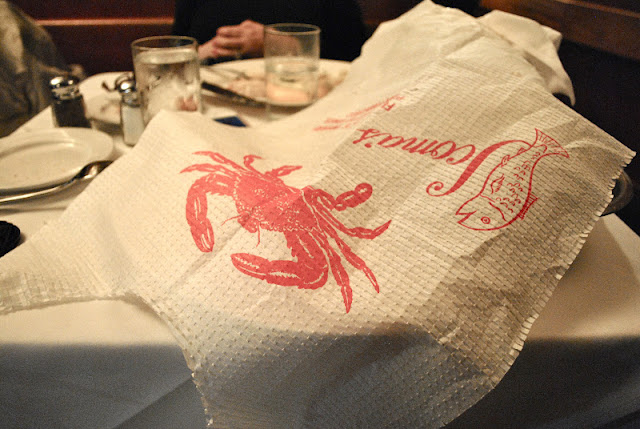 The next morning was the 'close the suitcase with more stuff then you brought' challenge. 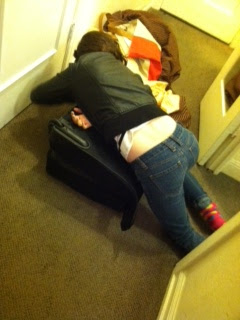 And as a perfect end to the trip a Yoga Room in San Fransisco Airport! We stretched out on yoga mats until our flight.  If they had one of these in every airport the world would be a better place. 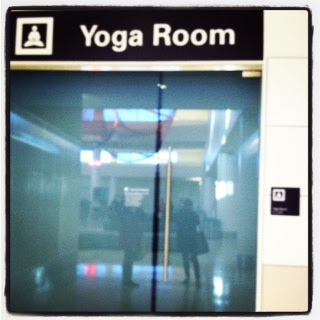