FRIDAY FINDS:  Still coming off the high of my own wedding, 64 guests, romantic, intimate and a total blast, (if I do say so myself), I was pretty much going to ignore the Royal Wedding, but it's hard to be a blogger and ignore what the entire world is talking about today.  I had considered it more a Royal spectacle than a wedding, not that that's a bad thing if you're English Royalty of course, but one would be hard pressed to find any intimacy in a wedding with 650 guests. Then I did a little investigating and learned that Prince William invited four of his ex-girlfriends, and Kate invited two of her ex-boyfriends, (this is where I started to like them).  In addition to that they invited many guests from their favorite holiday spot, the Caribbean island of Mustique, including hotel managers and a barkeeper. Prince William broke with another tradition by inviting many of his staff members to the reception. Now I'm liking them a lot! 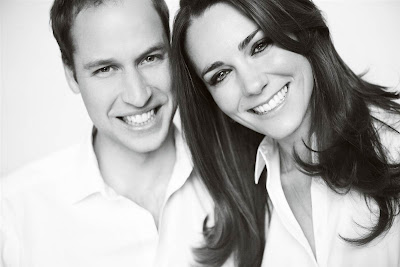 In addition, the guest list includes celebrity friends, family and Royalty from around the world.  650 people were chosen to celebrate at the Palace and 50 guests received their invitation from the Queen herself.  250 guests were invited by Prince Charles and the Duchess of Cornwall, and 100 by the Middleton Family. William and Kate themselves have invited 250 of their friends and family. Only 300 of the guests will stay for the evening reception hosted by Prince Charles in a nightclub that's being set up at Buckingham Palace.

Now for the really important stuff, the fashion frenzy!  Here's the low down;

First, did you know that Kate made The Vanity Fair 2008 Best Dressed List? She came in fourth, one ahead of SJP, (I had an issue with that), and with her love of hats there is much buzz about what her wedding headpiece will look like.

Just to be clear, I am a huge hat lover, and I know that hats need to be a bit more flamboyant if you're trying to fit into the Royal family but, hmmm...I must question this choice. Did she need private satellite reception? 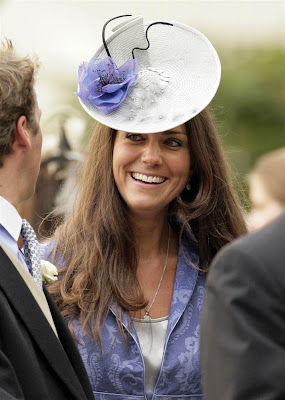 The wedding dress, and it's designer, has been the best kept secret. I think if someone spilled the beans they might actually face a be-heading!  Although according to the Huffington Post  "Sophie Cranston of the Libélula label is said to have won the coveted commission".  We'll find out.

We do know that Harry's girlfriend, Chelsy Davy, is wearing two dresses designed by Alberta Ferretti, a short satin aqua dress to the ceremony and the longer navy dress for the after party. And that the Bridal Party Dresses, according to People.com, were designed by British designer Nicki Macfarlane. 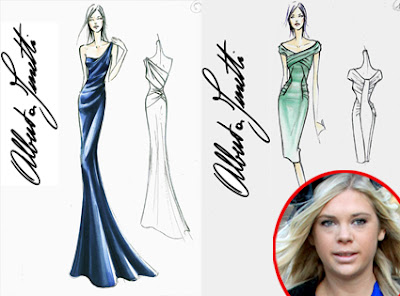