JOAN RIVERS - from drab to fab

If ever there is a life that went from drabulous to fabulous it was Joan Rivers, the woman who Entered Talking. I read her book Enter Talking back in 1986 and I was a fan of hers as a teenager. I wanted to be an actress back then but I was shy and had no guts, (quite a different woman then I am today.)  I believe I was looking for the outspoken, the person to tell me that dreaming to live bold was OK, and then I saw Joan Rivers on TV. I bought her book and I bought her album (yes an album!) I remember so clearly sitting on my parents couch hearing Joan (on my record player) ramble off a monologue about going to the gynecologist. Everything from the stirrups to the 'BIG' shave and I had never heard anyone talk about those things before. No one was that open back then. And then I went to see her live at Westbury Music Fair, I was so excited. Her humor was self deprecating. It was a relief, it was a comfort and it was damn well hysterical. I began to see how the things I kept inside, which felt like painful secrets were really just real life and completely and utterly laughable. I think that book and that comedy album helped me become the writer that I am today. And I know for sure that Joan Rivers, unbeknownst to her, is the person that taught me how to laugh at myself.

OK enough about me, what I really want to point out is that the woman Joan Rivers was the day she died was an 81 year old woman. An 81 year old at the height of her career, finding the most consistent and financial success that she had ever found during all her 60 plus years in the entertainment industry.  Again let me stress SHE WAS 81!!!!

If ever you wondered or poo poo'd the expression 'when you look good you feel good', just think of Joan. Yes, maybe no one thought of her as being 81 because of all her plastic surgeries making her look like a mere 60 something, but that doesn't explain the stamina. The stamina to do an entire stand up performance the night before she was having surgery on her vocal cords. The stamina to be bi-coastal and conquer jet lag from NY to LA two times a week! The stamina to host, full time, The Fashion Police, be hands on in the selling of her QVC jewelry, fashion and beauty lines, maintain good health and life long friendships. Are you tired just reading this? 81, she was 81!

This is inspirational and whether you found her funny, offensive, or you just didn't care one way or an other, pay attention to the fact that she was as sharp as a tack. Sharp enough to memorize her stand up, sharp enough to ad-lib on The Fashion Police and in interviews. Her mind was constantly in use and therefore usable. And that's what I'm talking about. USE IT OR LOSE IT.

I'll leave you with some other inspirational women, just to solidify my point, which is (in case you didn't get it) you are never too old, it's never too late, age is just a number, it's what you think of yourself that is EVERYTHING!!!! 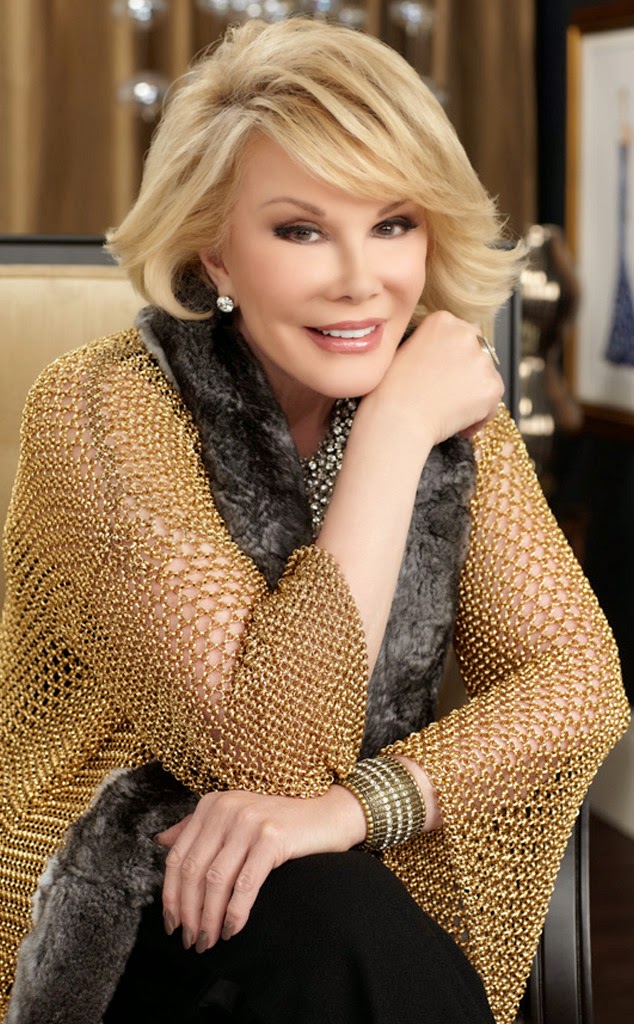 photo {via}
Betty White, the poster girl for perky, happy, enthusiastic and down right lovable. At 92 Betty stars in Hot In Cleveland, at 90 she began hosting and executive producing the show Off Their Rockers, she lists first on her resume 'Animal Activist' as her profession and gives countless hours to that cause.
And if that's not enough there's her music video called 'I'm Still Hot' with pop star Luciana in which she raps "I'm Smokin hot in the world...I'm still a Golden Girl...I may be a senior so what... I'm still hot." And at 92 she has a twitter account @bettywhite, oh yes she does. 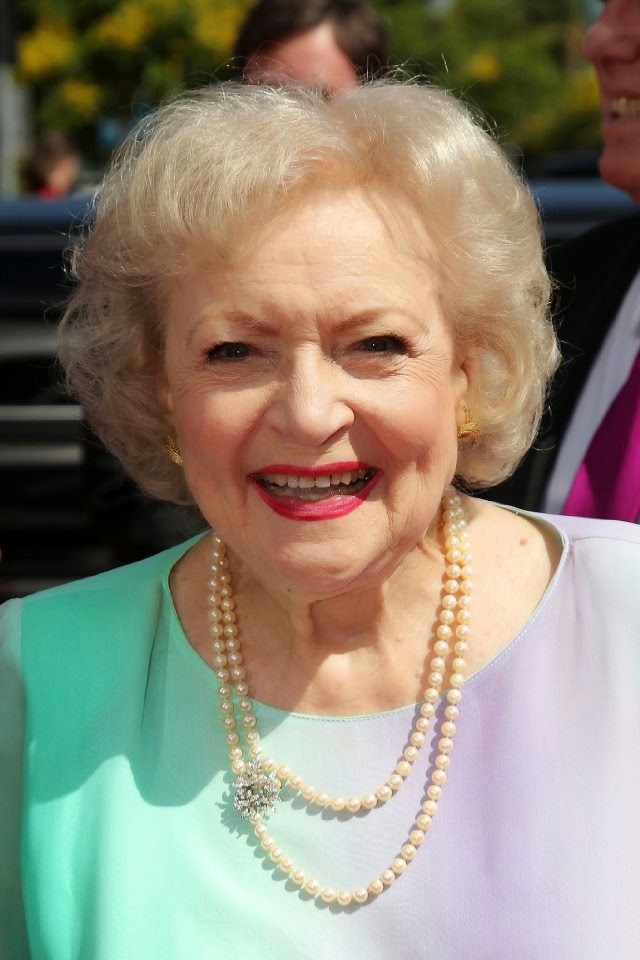 photo {via}
OK so there are plenty of celebs that are still going strong and have money for a little nip tuck but here's a few non celebs you may not know of, equally as fabulous. 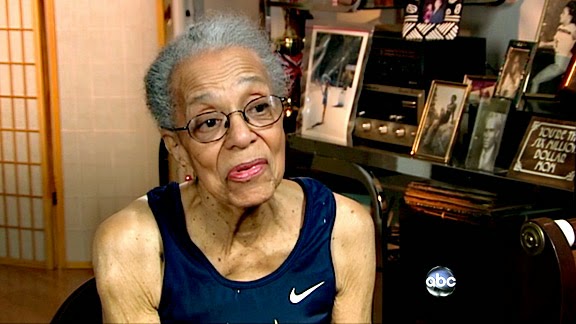 photo {via}
Gitte Lee, who modeled in Europe for 50 years, returns to the world of modeling as she approaches 80 years young. Her style is still flawless. 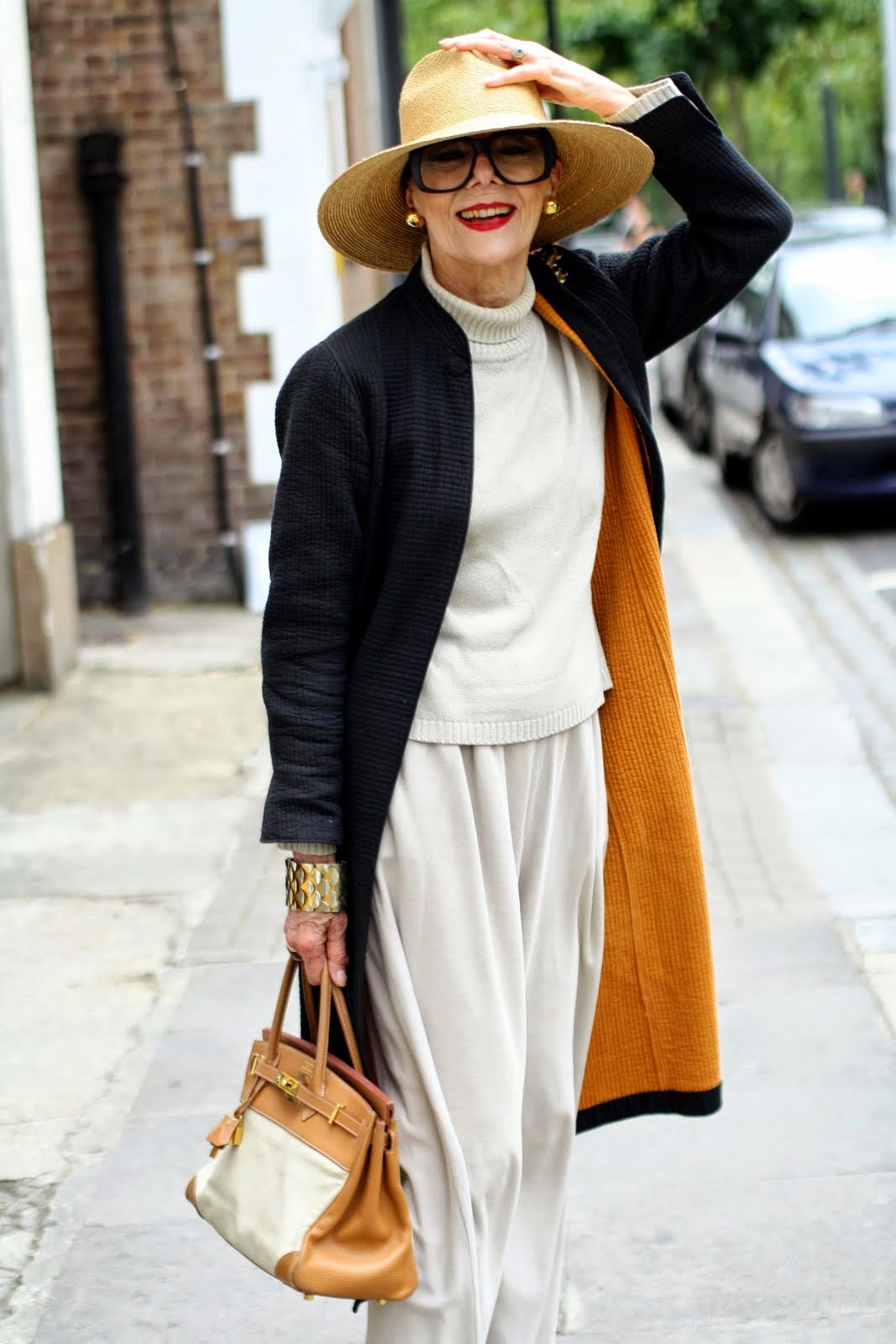 photo {via}
Designer Iris Apfel, at 90 has a new make-up collection with MAC, an eye glass collection with Eye-Bobs and a line on the Home Shopping Network and YOOX. And, if that's not enough, she teaches a fashion program at the University of Texas at Austin, they made her a professor! 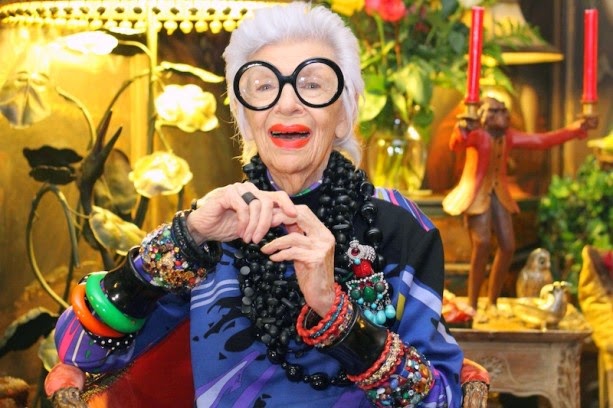 "The age of a woman doesn't mean a thing. The best tunes are played on the oldest fiddles" ~ Ralph Waldo Emerson